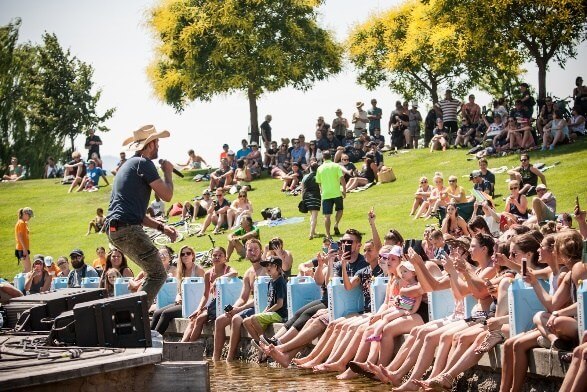 Dean Brody performing live at the #LoveCanKelowna event this weekend

Superstars Dean Brody and James Reimer joined a crowd of over 700 this weekend for the #LoveCanKelowna event. Together, participants raised over $263,000 for clean water projects, ensuring that 5,280 more children will now have access to safe water.

Deputy Mayor Gail Given kicked off the event by proclaiming, "Saturday, July 8, 2017 has been declared World Vision Canada Love Can Kelowna 6K Walk for Water Day."

"One of the things we want to highlight is that many people in the developing world have to travel long distances every day to collect water," said World Vision Canada CEO and President, Michael Messenger. 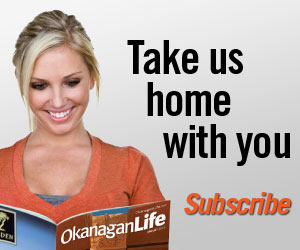 In the developing world,  six kilometres is the average distance women and children have to walk for clean water. "That's why instead of a 5K race, it's six." said Messenger.

He described the event as part of a global movement. "It's important not only to raise funds and awareness, but to connect and understand the issue in a different way."

Participants had a chance to walk in the shoes of the families they were benefitting. For the last kilometre of their walk, they were invited to carry a jerry can of water. The experience let them feel the importance of ensuring children around the world have access to clean, life giving water.

The first opportunity came as NHL Goaltender James Reimer presented jerry can-shaped medals, and of course a friendly Canadian hug, to walk participants as they crossed the finish line.

But perhaps the biggest gift to Kelowna was the afternoon concert in the park. As onlookers dangled their feet in the water surrounding the stage, and packed into the surrounding area, Dean Brody performed an intimate 90-minute set. The country superstar was so elated with the success of the event that he announced he'd meet and take photos with everyone who had participated in the walk.

The combination of a sunny Saturday in Kelowna, Dean Brody's voice, and the news that thousands of children will receive clean water was a recipe for a "P-A-R-T-Y" as Dean would say.