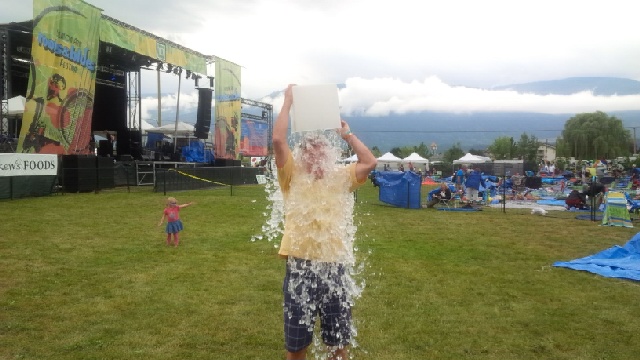 The Ice Bucket Challenge, a social media-based campaign that aims to raise awareness for ALS (more commonly known as Lou Gherig’s Disease), has made its way into the Okanagan Valley. Essentially, when you’ve been challenged, you have 24 hours to pour ice water on yourself — or donate $100 to support ALS research.

Challenged by Hudson Valley Magazine, Okanagan Life publisher Paul Byrne accepted the ice bucket challenge - and passed it on. The momentum is gaining.

Here's is Hal's #icebucketchallenge. Check out the report from CHBC Global Okanagan.