During the month of June & July, golf professionals will golf from sunrise to sunset to support those living with ALS.

On July 19, Lee Ranger & Connor Kozak of The Okanagan Golf Club, Kelowna, will golf as many holes as possible to raise awareness and funds for the ALS Society of BC.  The club is one of 36 golf courses located across BC participating in the 12th Annual PGA of BC Golfathon for ALS.

Ranger and Kozak join a list of Okanagan golfers who have helped raise funds for the cause. Participants have included Lee Alarie, Taylor Fahey and Jason Jurimae of Gallagher’s Canyon Golf Club and Tyrell Griffith, Greg Forbes & Russ Latimer of the Black Mountain Golf Club,

On June 26 at Spallumcheen Golf & Country Club, Myles Johnson and Sieg Schreve golfed 162 holes, golfing from 4:50am to 8:50pm, Myles finished with a score of -16, while Sieg finished with -5.

One of the highlights of the day included the attendance of a man living with ALS, Murray, who came out with his son, Chip, to cheer on the golfers. “We had a great day, and the weather was beautiful. We had lots of fun, raised lots of money, and got to meet Murray. We’re very happy to help in any way we can,” said Myles, Head Golf Professional at Spallumcheen.

On May 24, Cody Bell  and Jake Pilon started at 5:30am at Sunset Ranch Golf & Country Club and managed to play five rounds (72 holes). Bell shot the lowest round of his life, setting a new course record at Sunset Ranch, a 62 with 12 birdies and 2 bogeys.

"I am extremely excited for the PGA of BC's decade of participation with Golfathon for ALS, benefiting the ALS Society of BC patient services," says executive director Donald Miyazaki. "In our eleven years of involvement, the efforts of our members have generated over $1.3 million. We have also assisted the tens of thousands of individuals in British Columbia affected by this deadly disease.” 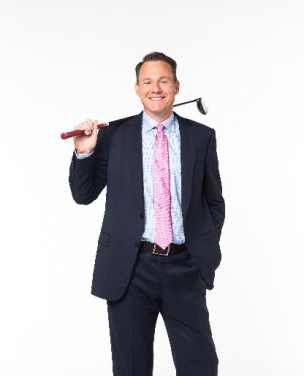 “How many sports can we play all our life, and of those, how many can we enjoy alongside friends and family? For myself and the professionals of the PGA of BC, golf tops that list," says Jay Janower, Sports Anchor/Reporter, Global News BC. "I'm encouraging you and your foursome to lend your support, as BC's dedicated professionals tee it up to do their part in helping find a cure. As an avid golfer, I couldn't get to the tee box quick enough to become a part of the hugely successful PGA of BC Golfathon for ALS as its Ambassador. My friend's mom is battling ALS so raising funds for patient services is near to my heart. Let's unite and get behind the PGA of BC and it's dedicated professionals."

Amyotrophic Lateral Sclerosis (ALS ), also referred to as Lou Gehrig’s Disease, is a fatal  neurodegenerative disorder that affects the person’s motor neurons that carry messages to the muscles resulting in weakness and wasting in arms, legs, mouth, throat and elsewhere; typically the person is immobilized within two to five years of the initial diagnosis. There is no known cause or cure yet, but there is hope through the ALS Society of BC.

Proceeds from the Golfathon for ALS provide crucial support services to ALS patients and their families, friends, and caregivers.