The City of Kelowna’s 41st annual Civic and Community Awards nomination period has opened. The awards recognize outstanding individuals, groups and organizations whose contributions and achievements benefitted the city in 2015.

“Every year there are a number of volunteers, artists, athletes and business leaders who truly make Kelowna a better place,” said Louise Roberts, Community and Neighbourhood Services Manager. “The awards gala makes for an inspiring evening as each finalist’s contributions are recognized.” 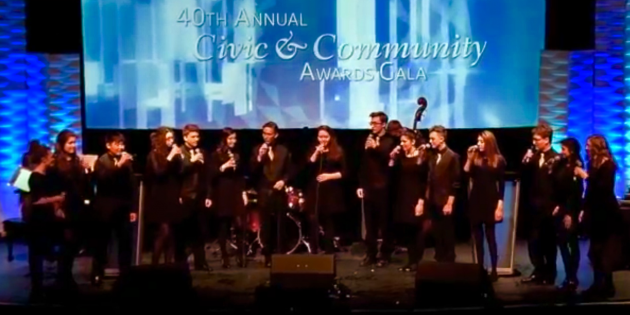 Nominations are due Friday, Feb. 12, 2016 and can be submitted online, by email or hard copy. Online nomination forms can be found on the Civic and Community Awards webpage under Residents on the City’s website. Hard copy forms are available at City Hall, the Parkinson Recreation Centre and Okanagan Regional Library Kelowna branch locations.

· Male & Female Athlete of the Year

· Champion for the Environment (individual and business)

· Corporate Community of the Year (small/medium and large)

· Honour in the Arts

· Teen Honour in the Arts

The Young Male & Female Volunteer of the Year finalists will receive funding towards their post secondary education through the Dillon Thomas Budd Youth Scholarship, sponsored by the Thomas Alan Budd Foundation.

Be inspired and celebrate with the finalists and recipients at the awards gala on April 27, 2016 at the Kelowna Community Theatre. Tickets will go on sale starting March 14.

For more information about the awards and previous finalists, visit kelowna.ca/residents.