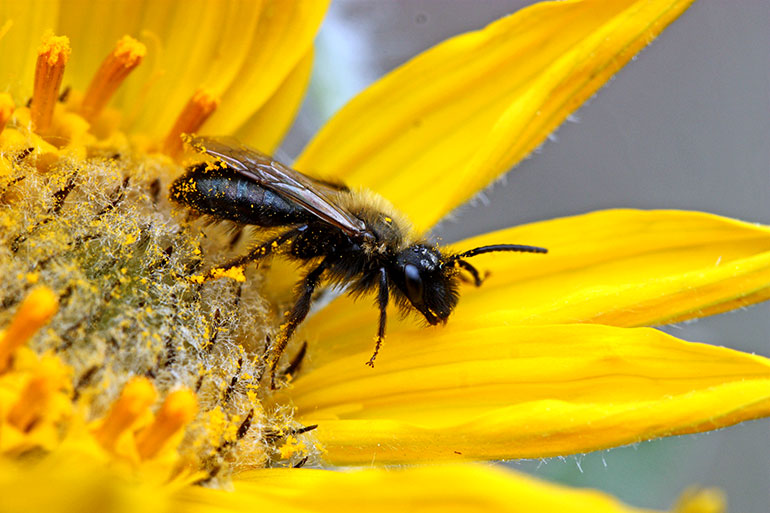 Food purists may have cause to celebrate thanks to a recent international study directed by the University of British Columbia. The study, which evaluated the spread of genetically modified (GM) organisms to non-modified crops, has implications from farm to family.

“Trying to figure out how far GM pollen will travel is really difficult,” says study co-author Rebecca Tyson, associate professor of mathematics at UBC Okanagan. “It is important to have accurate tools to estimate this, so that unintentional cross-pollination of GM material to non-GM crops can be minimized.”

Tyson suggests that the simplest way to minimize cross-fertilization between crops is to separate them. Up until now, the isolation distances have been somewhat haphazardly determined. Previous estimates have been based on two standard models, which either overestimate or underestimate pollen movement. The gap between these two distances makes prediction difficult and thus necessitates improved calculations, she explains.

Tyson’s research offers a new analytical tool which can provide a much-improved estimate of how far pollen will travel.

Along with colleagues from the Université catholique de Louvain (Belgium) and Delft University (The Netherlands), she developed a mathematical model of pollen dispersal by bees, based on field experiments.

“Our results suggest that separation distances of several hundred metres, proposed by some European countries, is unnecessarily large but separation by 40 metres is not sufficient,” says Tyson. “Using our model, we can calculate and suggest separation sizes with better accuracy. For example, we have estimated that for a 0.9 per cent cross-pollination rate, the ideal distance of separation between two crops is between 51 and 88 metres, depending on crop size and type.”

These numbers are specific to particular crops and landscapes, she explains, but the predictive ability is the same.

“We believe that our model provides a more accurate assessment of GM pollen cross-pollination than previous models,” adds Tyson. “We are hopeful these findings will simplify the decision-making process for crop-growers and policy makers.”

This research was published in a recent issue of the Journal of the Royal Society Interface.