Local researchers developing tool to save millions on roads 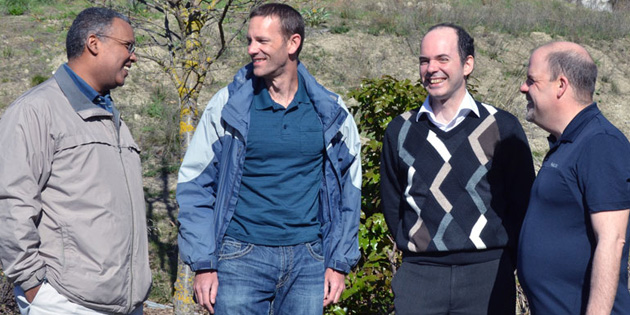 Computer scientists, engineers, mathematicians, and statisticians at UBC’s Okanagan campus are teaming up to create a tool to make highway construction less complicated and cheaper.

“Road construction is an expensive endeavour and can cost as much as $20 million per kilometre for highways and $1 million per kilometre for forestry roads,” says Prof. Eves Lucet, the director of UBC’s Centre for Optimization Convex Analysis and Nonsmooth Analysis. “Reducing road construction costs may play a major role in controlling future budgets and maintaining quality of life, both in Canada and in other developed countries.”

Lucet and an interdisciplinary and inter-faculty UBC team was recently awarded a five-year $480,000 Natural Sciences and Engineering Research Council grant. The team has a collaborative partnership with a private corporation, Softree Technical System Inc., to design a user-friendly computer program that will reduce road construction costs, save time and maintain safety standards.

The goal is to save engineers time in the initial stages of road planning by removing the manual process of deciding the exact path of the new road, explains Lucet. The project aims to continue improving Softree’s automatic alignment tool, named Softree Optimal, which was developed under a previous grant and handles vertical alignment optimization.

“By using mathematics, we can guarantee that no other road can be cheaper than the solution found without breaking engineering constraints or safety rules,” says Lucet. “Eliminating the current manual process will save design engineers time on computational tasks so they can concentrate on considering as many constraints as possible.”

Lucet in Computer Science is joined by Assoc. Prof. Warren Hare in Mathematics; and Assoc. Prof. Jason Loeppky in Statistics, all of the Irving K. Barber School of Arts and Sciences. The three are joined by School of Engineering Assoc. Prof Solomon Tesfamariam.

The project is unique, says Lucet, because it combines the brainpower of scientists from two completely different faculties and allows training opportunities for a number of students including one post-doc, three doctorate candidates, two masters’ students, and two undergraduates.

Tesfamariam says the initial cost of road design involves the complex planning of horizontal and vertical alignments and engineers must keep in mind the need for environmental impact and mitigation if a natural or man-made disaster takes place, which can be expensive.

“Currently, when a road is planned, engineers first look at a satellite view of the potential road site, then consider the horizontal and vertical alignment, examine corridor alternatives, and at the same time keep in mind safety and regulation constraints,” says Tesfamariam. “This design is often not optimal and increases the cost to the client.”

It’s the science and mathematics from UBC’s team that will replace the early manual stages, and will ensure the best path for the new road has been selected. This process will be quicker and cheaper, and minimize the cost to the owner while meeting often conflicting objectives, minimizing cost and environmental impact.