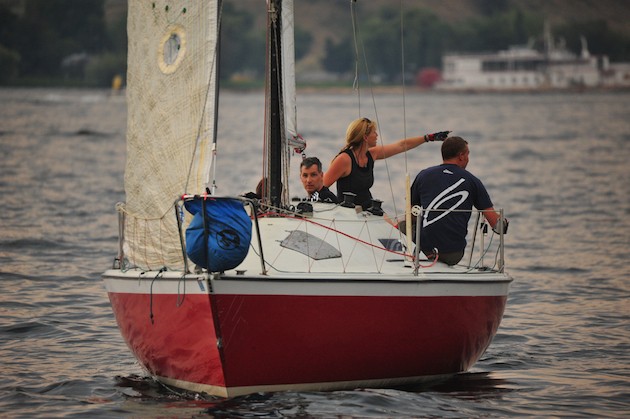 Between October first and the fourth some of the best women sailors in Canada will be testing their talents on Okanagan Lake. Even though one team jokingly calls itself a “throng of thongs” these women are a whole lot of serious. They’re the nation’s top female sailors and they’re coming to Kelowna to compete in the 2015 Re/Max Sail Canada Women’s Keelboat Championships.

So far 19 teams from across Canada and one from the United States (Caroline Grant from Nantucket, Massachusetts) have registered for the event.

Last year the championship was staged at the Point Claire Yacht Club in Quebec and was won by the Red Dwarf Team (Jinnie Gordon, Laurel Gordon and Eileen Quigley) from Niagara-on-the-Lake Sailing Club. The last time the regatta was held in BC was in 2009 at West Vancouver Yacht Club and before that, Kelowna Yacht Club in 2007. 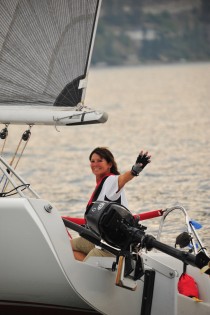 In 2007 local hero, Gillian Hayward was the overall winner and is expected to be a major competitor again in the 2015 regatta.

Other teams to watch will be Marg Hurley from Nepean Sailing Club (Ottawa) and local sailor and race chairman Gillian Thomson aboard Contagious.

Kelowna Yacht Club will be hosting the event in one-design sailboats. One-design simply means that all the competitors will race in one class of boat – the Santana 525.

The 525 is an extremely popular day sailor/racer here on the lake. It is fast in both heavy wind and light air. Originally designed in the 1970s to meet a design specification called the International Offshore Rule (IOR). Although the rule is somewhat outmoded, it produced some fast boats and the 525 was one of them. Because the race will be run exclusively in these, it doesn’t matter that the rule is older.

There are four team members per crew: the skipper, mainsail trimmer, foresail trimmer and bowman.

Action will take place north of the bridge and the lake will come to life as boats complete a series of races that see them start out going upwind (windward in sailor speak) to a buoy at the top of the course, called the weather mark, where they’ll hoist their spinnakers (the big balloon sails) and run downwind (leeward – pronounced loo’ard). 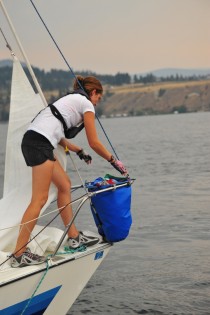 Depending on the wind, the boats will go twice around the course for each race. They will try to complete at least five races. If the October winds are as strong as expected, the regatta could see additional races over the course of the three-day event.

Pedestrian spectators will get a good view from Waterfront Park just north of the yacht club. The race committee will have boundary boats to keep spectator boats from interfering. Houseboats and larger motor yachts can inadvertently cause what’s called a wind shadow by blocking the wind. For boaters, a quick check with the yacht club will show them the best place to see the race.

The title sponsor is Re/Max Canada. Volvo Cars of Canada is also a signature sponsor confirming Volvo’s long-standing affiliation with yachting. Helly Hanson, the sports clothing company, is also a sponsor and the regatta will be run under Sail Canada (national sailing authority) rules. 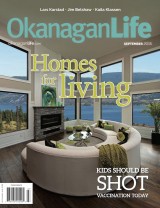 Our September issue features a stunning showcase of Thompson Okanagan homes. Publisher Paul Byrne weighs in on the federal election and writer Shannon Linden presents some compelling reasons for protecting your kids — and…