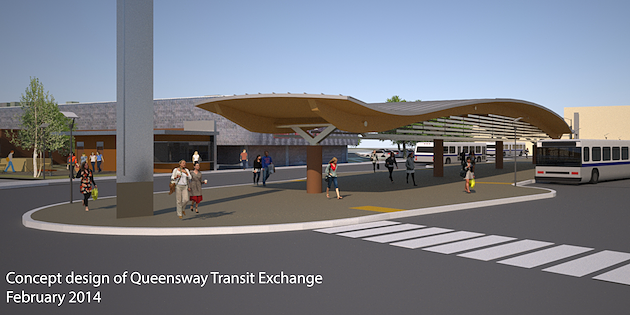 More than $50 million will be spent on the design and construction of projects throughout the City of Kelowna this year, including the $10 million Lakeshore Road upgrades and bridge replacement.

“It takes a lot of coordination to get close to 100 projects all going in the right direction,” says Bill Berry, Design & Construction Services Director. “We are always grateful for the patience and understanding our residents and businesses show for the crews doing the work. It can be difficult while the work is going on, but the work is necessary to keep our city in good condition and makes Kelowna an even better place to live.”

The $5.6-million investment in Queensway transit exchange and road upgrades begins this summer as part of BC Transit’s RapidBus Project. During the construction this summer, a temporary transit exchange  will be set up southbound on Ellis Street between Doyle and Bernard Avenue. Completion is scheduled for September 2014.

Features of the new exchange include a new all-weather structure on the existing bus island platform and a roundabout at the intersection of Water St. and Queensway Ave.

In Knox Mountain Park, the City will refurbish mountain bike trails on the Shale Trail, Magic Estate Trails and Kathleen Lake area. In City Park, the two existing tennis courts will be resurfaced.