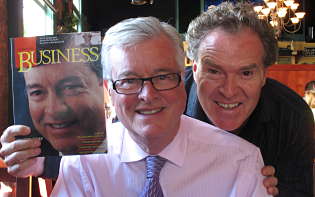 Mayor Walter Gray will not seek re-election in the Nov. 15 municipal election.

The mayor informed his Council colleagues of his decision earlier this week.

“As a courtesy to any others who may wish to seek the position, it is important that I make my intentions known at this time,” said Mayor Gray. “However, we still have a lot of work to do in the next eight months and I expect our Council team to remain focused on following through on our plans.”

“This last Council has been the perfect formula for Kelowna – such a motivated, disciplined and decisive group focused on efficiency and streamlining city processes,” said Mayor Gray. “We really have a collective vision that we’re going to move opportunities forward and make sure our citizens are engaged early in the decision making process.”

He said improving all forms of transportation has been a priority throughout his time in public service. He cites the Mission Greenway, Rails With Trails and the growing network of off-road paths as essential to getting more people out of their cars.

Mayor Gray says he also believes that “healthy cities need a healthy downtown” and has supported efforts to enhance town centres for commercial and residential appeal.

Mayor Gray says he’ll leave office “knowing the dye is cast on a number of important projects that will be completed during the next term of Council.” Some of those projects include an Interior Health building downtown, two new downtown parkades, John Hindle Drive, Phase 2 of Stuart Park, City Park improvements and, pending public approval processes, construction of the new Kelowna Police Services building and a boutique hotel and convention centre on Queensway Avenue.