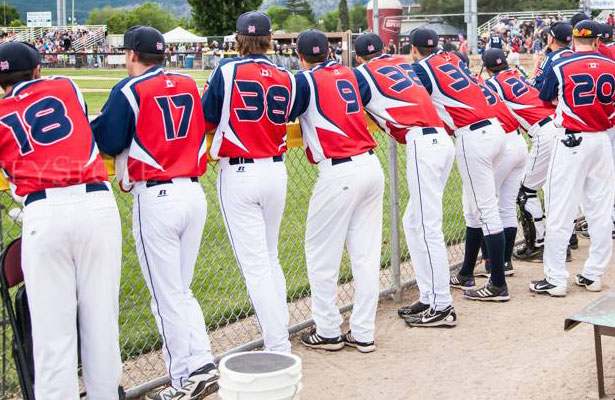 The Kelowna Falcons Baseball Club will host their 15th home opener on Tuesday, June 9 against the Yakima Valley Pippins and continue their tradition of offering free admission.

“This is a big year for us,” says General Manager Mark Nonis. “It’s our 15th season in Kelowna coming off two straight difficult summers. I believe Head Coach Billy Clontz has a much better handle on things at this standpoint of the year and I’m excited to see our club come together in early June.

“We made some great strides last summer by filling the ballpark a number of times and we have some exciting things planned for this coming summer.”

The Kelowna Falcons will play an unbalanced 54 game regular season 2015 schedule that will take them a league-leading 9,200+ kimlometres throughout the Pacific Northwest. The club will play in the East Division and host 27 home games during their 15th season.

The Falcons will open the season on the road versus the only other Canadian franchise, the Victoria Harbourcats, for the third straight year, on Friday, June 5  It’s the only meeting of the season against the Harbourcats.

Game times at Elks Stadium are scheduled for 6:35 pm with the exception of Sundays at 6:05pm.

The Kelowna Falcons Baseball Club is the lone Canadian representative in the West Coast League (WCL), a wood bat summer collegiate league that attracts the best baseball players in the western half of North America.

Game tickets will be available online.