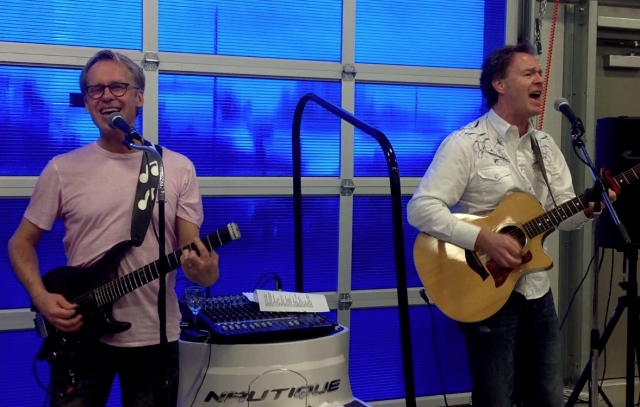 With John Vesterinen on electric guitar and John Paul Byrne on acoustic, the two toss lead vocals back and forth while providing an entertaining on stage presence. Byrne’s deep baritone pairs well with Vesterinen’s tenor and the pair offer up some ’70s greats like Gordon Lightfoot, Neil Diamond and The Beatles, rock, blues as well as newer artists like Jason Mraz and Train.

Fleetwood Public House is just one of  two eateries to serve locals and hotel guests at the corner of Highway 97 and Leckie next to the Best Western Hotel. The revamped 97 Street Pub and the Italian Kitchen are the results of the efforts of Jason and Michelle Troll, the creative team that originally brought Twisted Tomato to Bernard Avenue in downtown Kelowna.

Fleetwood Public House, named as a nod to the car dealerships that surround the location, is a vintage inspired bar focused on food, beer and music. Comfortable and filled with musical nostalgia, this is the place to relax, listen to music and watch the game.

Continuing the music tradition of the space, you can hear live music every weekend and in a partnership arrangement with Live Nation and Molson Canadian, great music events from around the world can be streamed turning the venue into a concert space.

Served to the guests in recycled album covers, the Fleetwood menus have a creative twist on classic pub fare with Hubcap Nachos, Sirloin Steak and Ale Pie in a cast iron pan along with the traditional chicken wings and corn dogs.  The kitchen and the bar team have united to create beer and food features for every day of the week. 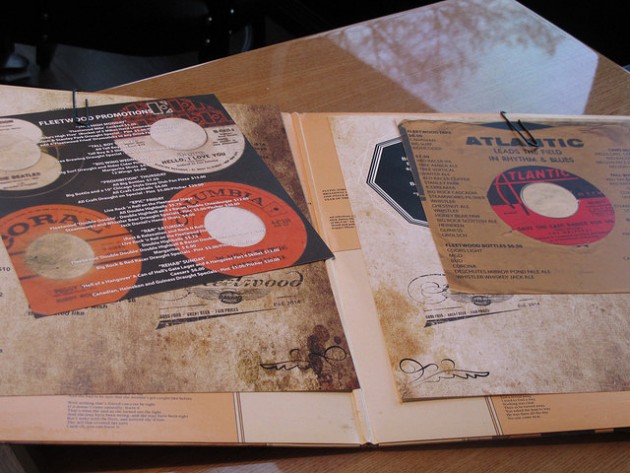