Sterile insects are drawing a small but prestigious global group of specialists in the science of controlling insect pests to Kelowna for a week-long meeting June 2-6.

The Okanagan’s Sterile Insect Release program, headed up by general manager Cara Nelson, is hosting the group on behalf of the Canadian government. The SIR program is the attraction since it is a flagship program for controlling insect pests without spraying chemicals.

“Our 20 years of using an area-wide approach to controlling the devastating pest of apples and pears, the codling moth, is envied around the world,” she notes. 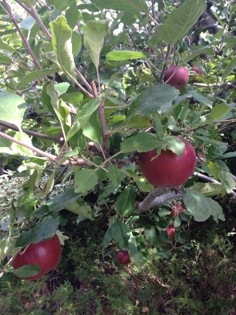 “The world wants to know about what we’re doing; about how we’ve been so successful at reducing the amount of pesticides used in this valley,” she explains.

The week-long visit is an official research coordination meeting on increasing the efficiency of Lepidoptera SIT by enhanced quality control, held by the Joint Food and Agriculture Organization of the International Atomic Energy Agency, based in Vienna, Austria.

The Okanagan SIR program is a co-operative effort of the tree fruit industry and the community, guided by science and funded by both growers and other taxpayers.

The codling moth larva is the proverbial ‘worm in the apple’ made famous by Greek philosopher Theophrastus in 371 B.C.

More than 20 years ago, growers controlled it by spraying numerous chemicals during the growing season, but it was becoming immune to the effects of each chemical thrown at it, and there was a growing tide of concern about the use of sprays in local orchards, so efforts were made to find an alternative that was more environmentally-friendly.

The $7 million codling moth rearing and irradiation facility was built in Osoyoos 20 years ago with federal and provincial funding and the SIR program got underway.

Data collected by the provincial environment ministry shows that the volume of pesticides formerly used per acre against the codling moth in the valley has dropped about 90 per cent since 1991 and there has been more than a 90 per cent reduction in the level of codling moths in the valley.

On average, growers apply less than one spray per season against codling moth compared to three or more prior to 1991.

Its success has drawn scientists from around the world to the Okanagan to learn more about how it works, and a few of these specialists arrived early for training in SIT techniques before their meeting.

Following the meeting, a select group will remain behind to conduct an external review of the Okanagan SIR program and recommend a new strategic direction to its board. That board is made up of representatives from regional district boards throughout the Shuswap, Okanagan and Similkameen, chaired by Duane Ophus from the District of West Kelowna. Other board members include orchardists from the B.C. Fruit Growers Association, as well as non-voting staff from the Pacific Agri-food Research Centre and the provincial agriculture ministry.

The program is a victim of its own success, with surplus rearing capacity in the Osoyoos facility now that codling moth populations have dropped, yet if it is closed, the pest could re-infest the entire area again, explains Nelson.

The SIR board is investigating a number of options for using the facility, including selling irradiated insects to other jurisdictions in the world.