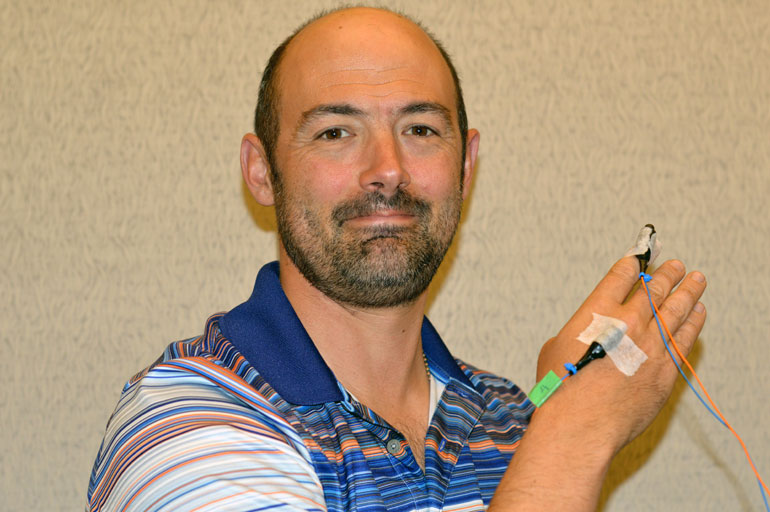 The conscious part of the human brain is actually more in tune with body parts that are not moving, UBC research shows. In a recent study conducted at UBC’s Okanagan campus, researchers found that many of the signals and sensations travelling between moving body parts and the brain are ignored by the conscious mind.

“Even as one of the most sophisticated computers ever made, the conscious part of the human brain ignores huge amounts of data created when body parts move in order to avoid information overload,” says Human Kinetics Prof. Gord Binsted. “This ingrained biological data sifting is very similar to what goes on in the human visual system, which ignores a vast amount of data collected while the eyes are moving. 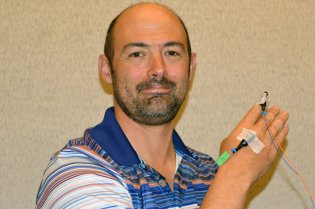 “As a researcher, it will be interesting to see how wearable technology accounts for this significant amount of data loss; information essentially ignored by a large part of the human brain.”

Binsted’s study involved attaching micrometers—small vibrating motors attached to the skin—to see how aware research participants were of what their skin was sensing while they moved their arms.

The research showed that people were more aware of what stationary parts of their body were doing than those that were moving. And, that the human brain makes many movement decisions on its own, independent of the participant’s conscious decision-making process.

Binsted’s research was recently published in the journal Motor Behavior.