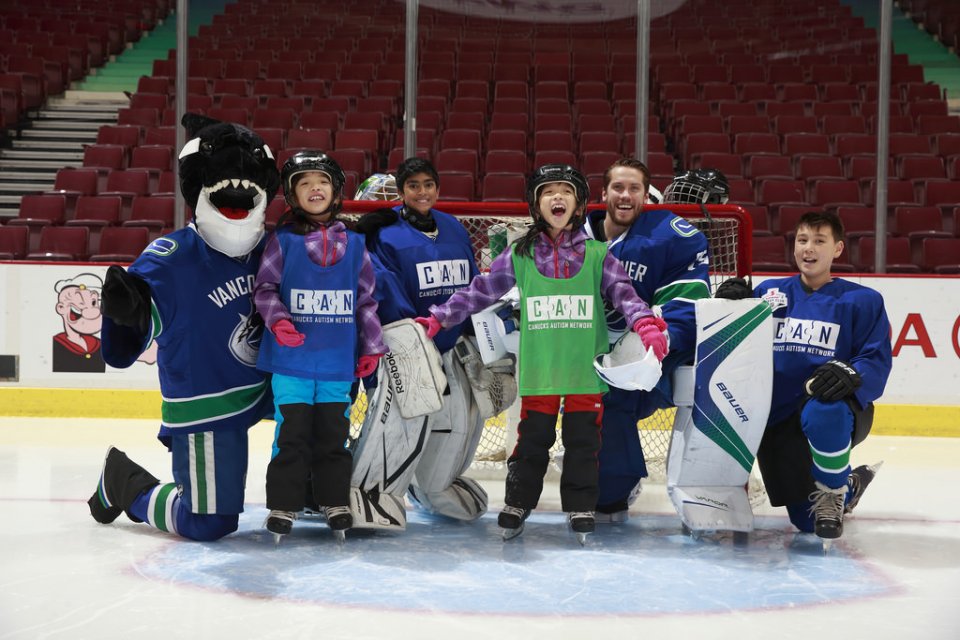 SunRype Products is pleased to announce that on Thursday, March 9, as Vancouver hosts the New York Islanders at Rogers Arena, the Canucks will partner with SunRype to raise awareness and funds for programs to help families living with autism. SunRype has donated 80 tickets for Kelowna families within the autism community to join in the celebration.

With the support of The Pacific Autism Family Network, SunRype will make a $30,000 donation to the Canucks Autism Network, which will be used to fund day camp programs to benefit children and families living with autism in Kelowna, B.C.

With the support of Hockey Fights Cancer, the Vancouver Canucks will make a $5,000 donation to Ronald McDonald House B.C., which provides accommodation for seriously ill children and their families when they must travel to Vancouver for their child's major treatment.

Several children with autism and their families will attend the game as special guests of SunRype to watch all the excitement from their very own suite. Game night festivities will commence with an alumni autograph signing and SunRype product giveaways at the North Plaza before the puck drops.

"SunRype is proud to support collaboration between the Canucks Autism Network and the Pacific Autism Family Network to help enrich the lives of families who are dealing with the daily challenges of autism," says SunRype President and CEO Dave McAnerney. "Families and community are at the heart of the SunRype brand and the company believes strongly in giving back".

Autism has become the fastest growing and most commonly diagnosed neurological disorder in Canada, with 1 in 68 children being diagnosed.  Over the past 3 years, SunRype has raised over $100,000 for autism charities through its dedicated cycling fundraiser in the Okanagan Valley called The SunRype Ride for Autism.

"Canucks Autism Network is grateful to SunRype and Pacific Autism Family Network for their generous funding in support of families living with autism in Kelowna," says Canucks Autism Network President and CEO, Katy Harandi. "We are thrilled to be increasing our presence in the region and look forward to introducing highly supported day camps this summer."