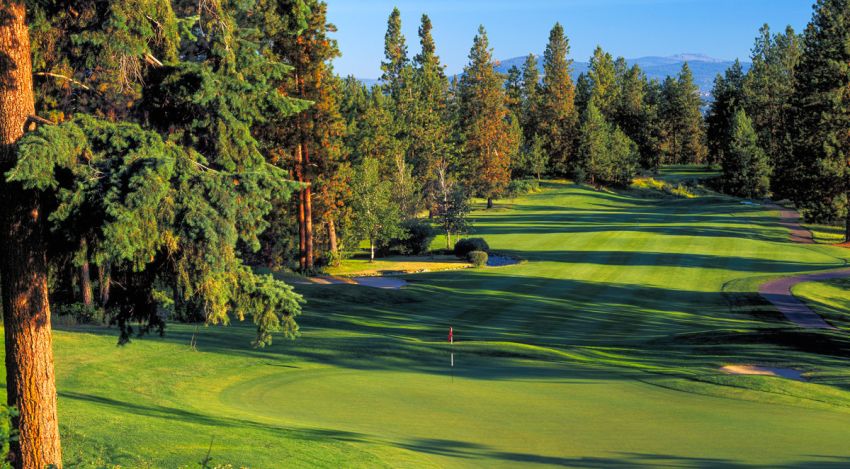 South Carolina’s Caleb Sturgeon reached 12-under par through nearly two rounds at Gallagher’s Canyon Golf and Country Club when play was suspended due to darkness at the inaugural GolfBC Championship, the third event of the 2016 Mackenzie Tour – PGA TOUR Canada season.

The inaugural event is taking place June 6-12, 2016 at Gallagher’s Canyon Golf and Country Club in Kelowna. GolfBC, which owns and operates a collection of world-class courses throughout British Columbia and in Hawaii, is the title sponsor as part of a four-year agreement.

The 23-year old University of South Carolina graduate was 5-under par through 17 holes of his second round when play was called at 9:07 p.m. due to darkness. Second round play was initially suspended for 2 hours and 40 minutes due to dangerous weather in the area, and will resume at 8:00 a.m. Saturday morning.

“I bogeyed the first hole, and it actually kind of helped me to stop, hit some more balls, hit some more putts and get some good momentum going getting back out there,” said Sturgeon, who was 1-over on his round when play was suspended initially.

With a two stroke lead over Syracuse, New York’s Dan McCarthy, Vancouver, B.C.’s Ryan Williams and Orlando, Florida’s Ted Smith and the reachable par-5 ninth hole left to play in his second round, Sturgeon said he was confident heading into the weekend’s play.

“Today was a long trying day with the weather delay. First off, everyone involved with the grounds crew did an unbelievable job," says Williams. "For the rain that came down, the greens are immaculate. My game is in a good place, and I have a real good caddie this week (past Mackenzie Tour member Kevin Stinson) and the putter feels real good in my hands. All in all, I’m very happy with the position I’ve put myself in.”

A shot further behind the group tied for second were Liverpool, England’s Mark Geddes and Chico, California’s Kurt Kitayama in a tie for fifth at 9-under.

Caleb Sturgeon is making his third career start on the Mackenzie Tour. He ranks 11th on the Order of Merit after starting the season with finishes of 6th and T22.

Overnight leader Caleb Sturgeon finishes up with a birdie on 9.

Gallagher’s Canyon, a 6,802-yard Bill Robinson design considered to be one of the top courses in the Okanagan Valley, will host the event.

“GolfBC is very proud and excited to help bring such a prestigious event to the Okanagan. The GolfBC Championship will host some of the finest young golf talent and prepare them for the next step in their professional careers,” said Andy Hedley, Vice President of Operations for GolfBC, adding “We are very excited that this event will showcase Gallagher’s Canyon - one of GolfBC’s most distinctive and popular designs - as well as generate a significant contribution to one of our preferred charity beneficiaries, the BC Cancer Foundation.”

As with every Mackenzie Tour tournament, raising support for charity will be a key priority for the event. Last year saw charitable donations by Mackenzie Tour events increase by 60.5%, rising to a total of more than $1-million given back since 2013.

“The BC Cancer Foundation is honoured to be the benefitting charity of the Golf BC Championship,” said Lou Del Gobbo, Interim President & CEO, BC Cancer Foundation. “We know the funds from this tournament will go a long way in supporting the life-saving research taking place at the BC Cancer Agency, giving hope to over 26,000 British Columbians who will be diagnosed with cancer this year alone.”