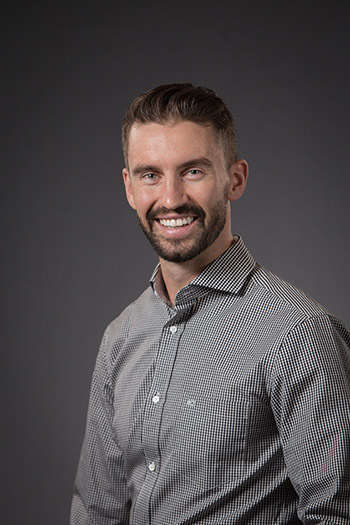 As inspirational speakers go, it doesn't get much better than this.

For the 13th annual Valley First/UBC Okanagan Athletics Scholarship Breakfast, homegrown hero Mike Shaw will be the special guest speaker. Shaw, who grew up in Vernon and is a UBC Okanagan alumnus, has come back from a devastating ski injury that left him paralyzed and has learned how to walk again. He began skiing at an early age; at 16 he joined the Silver Star Freestyle Club and shortly began competing at the national level. Back-to-back injuries led him into the world of coaching, and it was while he was on a hill with his young athletes in 2013 when he crashed and suffered an accident—dislocating and breaking his neck, paralyzing himself from the neck down.

That accident took place slightly more than four years ago and now Shaw is walking, swimming and back on skis. During his unique journey to a new career, he’s developed strategies that use positive psychology to help people achieve their full potential. He will talk about his struggle and his triumph over injury at this year’s annual athletics scholarship breakfast on April 6.

The event raises funds for the Athletics Scholarship Endowment that helps UBC Okanagan recruit high-level students to the varsity teams.

“The students who make up the outstanding varsity athletics teams at UBC Okanagan come from near and far to be part of our community,” says Deputy Vice-Chancellor and Principal Deborah Buszard. “Supporting the athletics breakfast endowment fund enables the university to provide the financial assistance necessary to attract and support the calibre of students who make the Heat competitive at the national level.”

Pat Kennedy, managing director of the Central Okanagan Sports Hall of Fame, will host an interview-style conversation with Shaw. The program also features remarks by student-athlete and national cross-country champion Veronika Fagan. The third-year nursing student, who grew up in West Kelowna, was the individual gold medalist and national champion at November’s Canadian Collegiate Athletic Association’s national championship, while her team brought home the national bronze medal. Last year, Fagan finished fourth overall but led her team to a gold medal at the national championship. In 2015, she led the team to a national silver medal.

UBC matches the proceeds of the Valley First/UBC Okanagan Athletics Breakfast and to date more than $880,000 has been raised for the Athletics Scholarship Endowment. As a result, $23,400 in awards is available to student-athletes this year.

“We appreciate the support from our communities when it comes to helping UBC Okanagan student-athletes realize their dreams,” adds Buszard.

People can purchase individual tickets, a partial table, or book an entire table for 10 guests. Tickets are on sale and available at: goheat.ca/breakfast