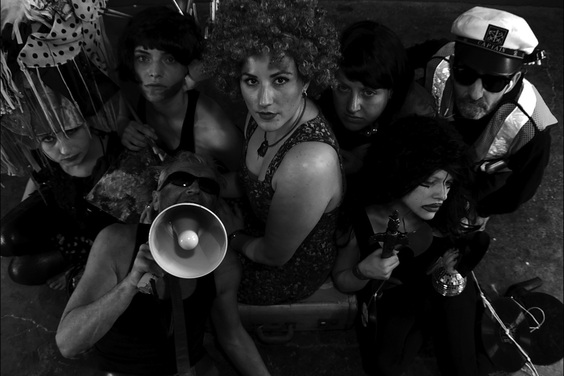 Described by director Wesley Rickert as a "tin-foil road-trip to Florida & the British Museum, in faster Chinese that dialogues over the electric kettle of Toronto's City Hall and rotates in perpetual stillness towards a tsunami of row-boat performances," this 72 minute project was independently made and pursues abstraction, surrealism, dada, performance art, neoism and the absurd.

The film premiered January 23 at CineCycle Cinema in downtown Toronto.

Cold Iron is a Titanic Comedy is a made-in-Canada film created and released by the artist group 253469. Starting Wednesday, June 25, 2014, this feature length film will tour nine provinces and territories across Canada.