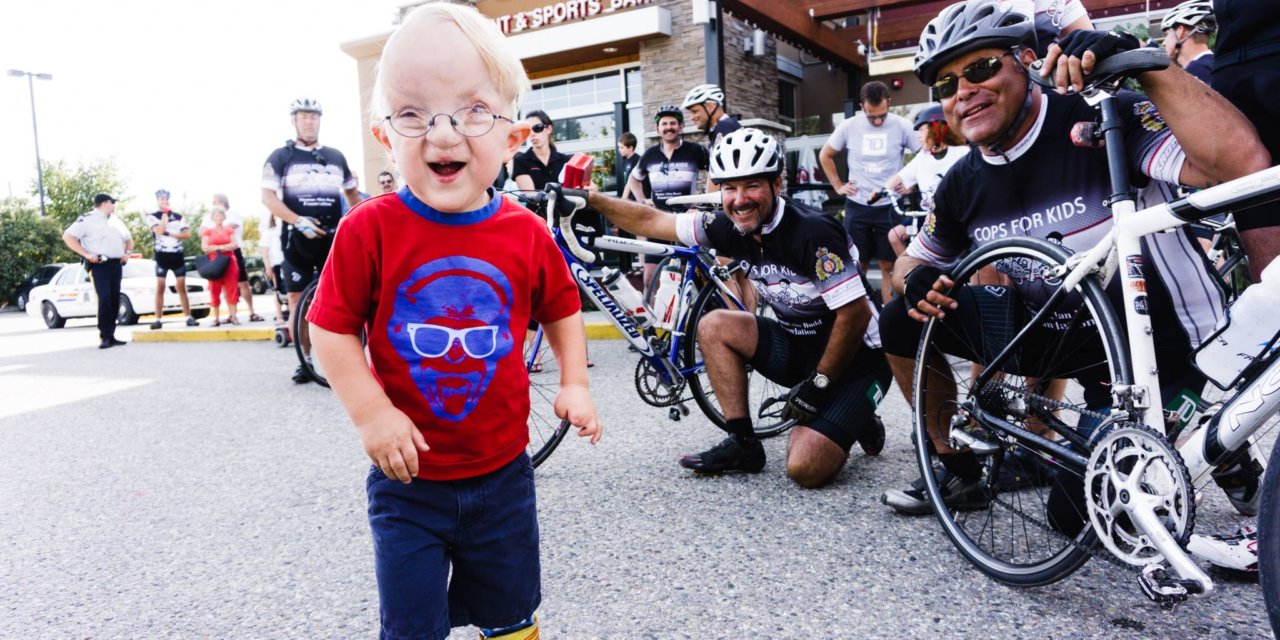 The KGH Foundation’s $8 million fundraising campaign to build JoeAnna’s House, a home away from home for families having to travel to Kelowna General Hospital for advanced medical care, received a sizable boost in December with a $100,000 gift from the Cops for Kids Charitable Foundation.

The gift itself is remarkable. But there’s more to the story.

Founded in 2001, the Cops for Kids Charitable Foundation is an organization comprised of RCMP members and friends from the South East District. Their goal is to raise funds to support the medical needs of children through a variety of events, most notably through their annual Cops for Kids Ride.

The ride, a ten day, 1000 km tour of British Columbia’s breathtaking (and challenging) Okanagan and Kootenay regions, celebrates the contributions of the RCMP while at the same time, allows members to give back to the communities they live in.

Over the years, as their work with children expanded, the Cops for Kids organization became more involved in providing assistance to families whose children were required to travel for advanced medical care.

“At first, were working directly with children at BC Children’s Hospital but it became evident that children were coming to Kelowna as well for medical attention, high risk pregnancies and trauma,” says Gail Harrison, who served as President for Cops for Kids from 2009 until this year. “The accommodation issue in Kelowna is burdensome – not only are these families dealing with a sick loved one, but finding an affordable place to stay near the hospital, especially in the summer months, adds significantly to their hardship.”

For ten years, Cops for Kids has worked with local social workers to provide assistance to out of town families – everything from accommodations and groceries, to parking and other needs. With the growth in the region and added medical specialties now available at KGH, the organization has seen an increased need for their services. In 2014, the possibility of opening a dedicated house on-site for patient families was explored, but the scope of the project exceeded the capacity of the volunteer run organization.

Then, in 2017, the conversation was re-opened with the KGH Foundation, and quite serendipitously, Prestige Hotels & Resorts stepped forward with a $1 million gift to initiate the project. JoeAnna’s House’s time had finally come.

“To know that this gift of $100,000 is going towards building JoeAnna’s House is incredibly personal for so many people in this organization,” said Grant Fletcher, current President of Cops for Kids. “We know that JoeAnna’s House will change everything for these families.”

“There is no question that Cops for Kids deserves a lot of credit for shining a light on the urgent need for JoeAnna’s House in our community,” said Allison Ramchuck, Senior Development Manager at the KGH Foundation.

“And to all of the Cops for Kids members who literally pedalled their tails off to make this extraordinary gift possible, we can’t thank you enough!”