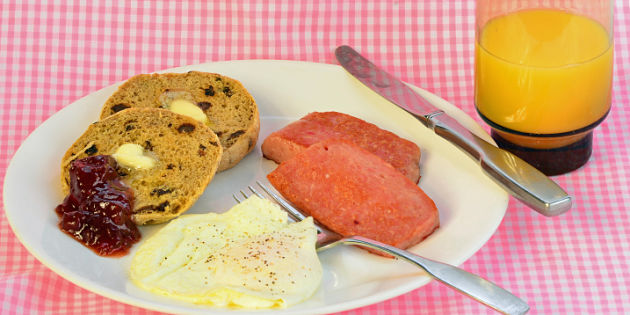 I’ll have my eggs over-easy with that spam.

The new Canadian anti-spam law that went into force on July 1 raises two important questions: what took you so long, and do you realize there are far bigger fish to fry?

Spamming, harvesting, hacking, malware, privacy invasions and fraud are words that intimidate us while internet legalese is so long, no one has the time to read, let alone understand it. If you didn’t believe Big Brother was really out there, Canada’s bold move to bring in the world’s toughest regulations just underscores how far we’ve sunk into the quagmire of illegal online marketing.

Not only have spam emails been plugging up our inboxes, behind the scenes little bits of stealth code and bots have been harvesting our addresses and surreptitiously collecting personal information from our computers. Thankfully, Canadian regulators are dealing with this problem now. The new legislation will prohibit sending commercial emails, including messages to social networking accounts and text messages to cell phones, without the recipient’s express or implied consent.

If you didn’t believe Big Brother was really out there, Canada’s bold move to bring in the world’s toughest regulations just underscores how far we’ve sunk into the quagmire of illegal online marketing.

While these new requirements will help reduce the flow of unwanted emails, it's not expected that spam will disappear completely. Often spammers operate underground and in many cases, beyond our borders, where the unscrupulous too-big-to-obey-the-law corporations thrive. Even after the law comes into force, we all will need to remain vigilant and continue being careful about what we open in our inboxes.

For a business that violates the law, the potential consequences are huge. The legislation comes with a maximum penalty of $1 million for an individual and $10 million for an organization. It a triple play, backed up by the CRTC (Canadian Radio-television and Telecommunications Commission) the Office of the Privacy Commissioner and the Competition Bureau.

While the Canadian legislators have their big boy pants on, they might want to take one more bold move by initiating anti-trust action against harmful and abusive monopolies like the big fish Google.

You see, consumers face a far more serious problem than spam. Spam is just junk, which, for the most part, we can ignore. There are far more insidious, far more dangerous ways to abuse us online. Search engines like Google might misdirect us away from high quality sites towards sites that are highly profitable for them, making billions in the process. They can do this without getting any egg on their face and without our having any idea that we’ve been redirected.

To understand how Google is building an oligarchy while hoodwinking Canada and the world, you need only look at its 90–95 per cent ownership of search in this country. (This from a monopoly that isn’t even Canadian-owned.) Harvard Business Professor, Ben Edelman (Google him) has concluded that Google’s bundling tactics are suspect under anti-trust law, laws that regulate the conduct of businesses to promote fair competition for the benefit of consumers.

Professor Eric Clemons of the Wharton School of Business concludes that Google is employing first-degree price discrimination by auctioning keywords at different prices. By controlling both the number of keyword spots and the bidder’s quality score, they posses a lethal monopolistic combination that enables them to charge whatever they want for keywords and for access to consumers. Canadian anti-trust lawyers should be salivating and politicians eager to use this as an election platform.

Don’t think for one minute that Obama will come to our rescue—Google rings in $25 billion of pure US profit annually. The massive cash transfer flowing out of Canada directly into the pockets of three rich California kids is estimated between $1 and $2 billion, more than enough to get the attention of politicians, the Privacy Commissioner and the Competition Bureau.

Google is not a high tech company. Nobody builds on Google. Instead, one might think of them as an oligarchic, monopolistic bully, operating in the shadows of an internet gorged full of misinformation, fraud, political gullibility and consumer naivety.

Yes, the new anti-spam law is a great start yet it leaves unchallenged other regions of the web where fraud abounds. We’ve only hooked the little one. Lawmakers and politicians must reel in the gargantuan internet monopolies before they destroy free enterprise.