Blowing the Whistle on Google 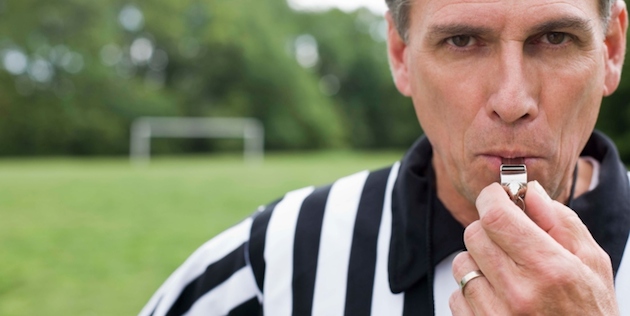 “Hello sir.” She’s back. “Sir, I googled Google and quickly scanned about 67 million results in 0.44 seconds and found that Google is far more upstanding than Enron or Bernie Madoff ever were. Hold please.”

The irony is that a simple Google search for Wharton School professor Eric K. Clemons or a visit to Harvard professor Ben Edelman’s watchdog site benedelman.org reveals a litany of unethical business practices and misbehaviour at Google that would make A-Rod, Lance and Ben look like Mother Teresa, Pope Francis and the Dalai Lama.

Already the third largest conglomerate on earth, Google made a staggering $50 billion profit last year and now owns 82 per cent of all global search. Believe me, this type of monopoly never appeared in the game. That extreme, gargantuan loud siphoning sound you hear right now is millions of dollars being sucked out of our local economy and billions from the world.

Google’s business model is based on deception and they continue in a never-ending saga of corporate misbehavior, misrepresentation and lying.

According to Clemons, “Google’s business model is based on deception and they continue in a never-ending
saga of corporate misbehavior, misrepresentation and lying.” He points out that the US Federal Trade Commission could levy fines as high as $400 trillion on Google for violating its stated privacy policies. Since Google’s privacy policies are a longer read than the Bible, nobody is the wiser.

If 30 years of studies on split-brain patients shed light on the culpability and gullibility of our species, why is it we humans rarely seem to learn from the obvious lessons of the past? Maybe, I think, A-Rod isn’t the only one on steroids? Why else would Google play mind games with the FTC?

In 1995, the American government turned control of the Internet over to the private sector. Years earlier, Internet junkies had determined that the World Wide Web should remain commercial free, so when someone tried to promote their business or post an ad online, hundreds or thousands of self-proclaimed web sheriffs and deputies would spam the offender’s mailbox with emails, effectively shutting them down.

“Everyone agrees that advertising on the Internet is broken,” says Till Faida, CEO of Adblock Plus. The popular ad-blocking software is on an estimated 22.7 per cent of computers. Since online ads are getting more and more aggressive with pop-ups, auto-playing video and blinking banners, experts predict all computers will have some type of ad blocking software in a few years. I have been using Adblock Plus for four years so if Google claims to have benefitted from me, they made it up.

Today the pendulum has swung so far right that web inventor Tim Berners-Lee believes that whistle blowers are absolutely necessary because “the systems of accountability have failed.” He even advocates that whistle blowers should be given special protection, “even if they break the law.” No doubt he is referring to former CIA computer specialist Edward Snowden and WikiLeaks founder Julian Assange, who arguably blew the biggest bloody whistles in history and are now permanently “on hold.”

OK, get your whistles out. Why is the Canadian government tolerating monopolies like Facebook, Amazon, Twitter, Apple and eBay to prey on Canadian business? These Internet monopolies have become far more predatory than traditional monopolies ever were.

Like the athlete-turned celebrity, are we all drunk on the taste of winning gold? The profit-at-all-costs, winner-take-all, trans-national corporate thinking dogma has created too many monopolies out of hype and questionable value. Why are we celebrating monopolies? Why aren’t we breaking them up before millions of small businesses disappear from Main Street and your search engines?

To maintain a fair and level playing field for small business we need whistle blowers and journalists to blow loudly on monopolies that prey on too-small-to-fight-back businesses in the Okanagan, in Canada and around the world.