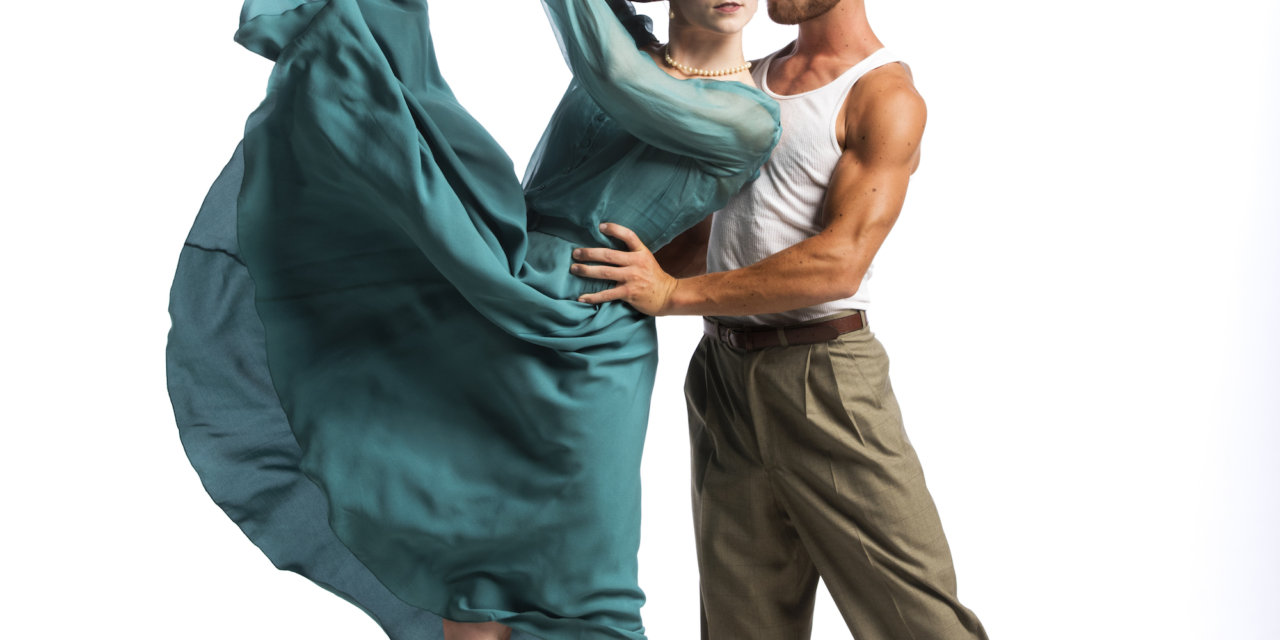 Ballet Kelowna, under the leadership of Simone Orlando, wraps up its landmark 15th anniversary season with the power and passion, grace and grit of the full-length ballet, A Streetcar Named Desire on May 1 and 2, 2018 at the Kelowna Community Theatre.

Tennessee Williams’ Pulitzer Prize winning classic tells the story of two sisters – one clinging to a bygone era, the other embracing the reality of post-WW2 life in America. Dancing as it does between present and past, between real-time New Orleans and old-world Mississippi, the work’s dreamlike transitions are particularly well-suited to balletic interpretation.

“John Alleyne is one of Canada’s most established and renowned choreographers. By presenting the monumental ballet, A Streetcar Named Desire, we are acknowledging his significant contribution to dance in Canada, while honouring his enormous legacy to the art form,” says Orlando.

See our In person with Simone Orlando

The remount of the work for Ballet Kelowna’s 15th anniversary season is a particularly poignant undertaking for Orlando who performed the principal role of Blanche Dubois, the older sister trying desperately to flee the present, at its premiere in Vancouver. Just as Blanche’s character attempted to escape her fate, undoubtedly Orlando hoped to escape hers. After suffering a hip injury in 2007 that required surgery, Orlando reprised the role the following season during her tenure at Ballet BC, but dancing in significant pain, learned in the summer of 2009 that her injury necessitated a complete hip replacement, ending her career as a professional dancer.

“On a personal note, I hope coaching the role of Blanche Dubois, set to be performed by Kelowna native and Ballet Kelowna company dancer Desiree Bortolussi, will help me find closure on my own career as a dancer,” Orlando explains. “My body still remembers what it feels like to act and dance as Blanche, and while I can no longer perform this demanding role, it is liberating for me to know my ‘spirit’ of Blanche, as well as the intricacies of the large-scale production, will live on in Desiree, coupled with the remarkable company artists of Ballet Kelowna.”

Alongside Orlando, Alleyne will work closely on the nuances of the ballet with nine Ballet Kelowna dancers – supported by post-secondary students from the Victoria Academy of Ballet, and guest dancer Etienne Gagnon-Delorme from Montreal’s prestigious L’École supérieure de ballet du Québec.

Produced with the generous support of Ballet BC, A Streetcar Named Desire will be performed to the original jazz score by BC-based composer Tobin Stokes. Gerald King, the ballet’s original lighting designer, will be working with the Company in Kelowna for this presentation, and the dancers will wear lavish Ballet BC costumes by Kim Nielsen. Noted Okanagan set designer and builder Eugene Leveque brings his own brand of creativity to re-constructing an important set piece – a rolling bed that transforms into an oversized king bed in Act II, becoming an elevated platform for several duets.

Tickets for A Streetcar Named Desire are on sale now at: balletkelowna.ca