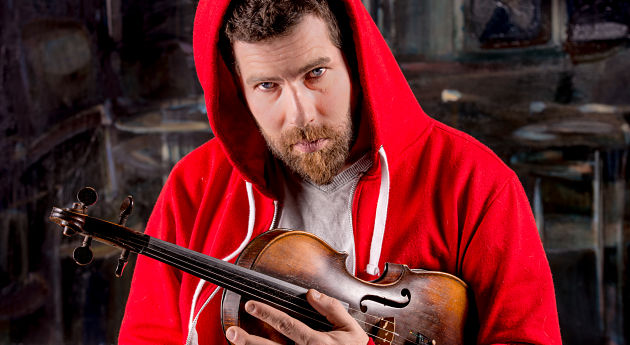 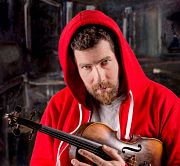 Juno award-winning, renowned fiddle player Ashley MacIsaac will be rolling into Kelowna for one night only on Sunday, April 13 at the Kelowna Community Theatre. You can win tickets with Okanagan Life.

One of the most celebrated Canadian roots musicians of all time, MacIsaac is currently on a multi-city Canadian tour promoting songs from his “Crossover”album and new singles from his new album scheduled to be released soon. This energetic, foot-stomping LIVE concert is a one-of-a-kind musical event, not to be missed!

Having garnered international success from a young age, MacIsaac is known for pushing the boundaries of traditional Celtic music and incorporating his own stylings to create a genre all his own. Born into a musical family in Creignish, Nova Scotia, Ashley was surrounded by music, and fiddlers from the time he was born. Learning piano, fiddle and step dancing, Ashley quickly became known as one of the most dynamic musicians to come out of Cape Breton.

He quickly rose to fame with the release of his 1995 double-platinum album “Hi How Are You Today” and was awarded a Juno award for Best Roots & Traditional Album by a Solo artist. With the rise of fame, he began touring worldwide at international festivals, theatres and other venues and quickly became known as a Canadian icon.  His energetic style and eccentric stage personality has kept audiences entertained over the course of his career and left them coming back for more.

Ashley has made appearances on the Conan O’Brian show, the Today Show and was one of the Canadians chosen to perform for the 2010 Vancouver Winter Olympics. His latest album “Crossover,” released in 2012, marks his first full-band album release since 2002.  Returning to his Celtic roots, MacIsaac’s album features traditional Gaelic tunes, bittersweet ballads and of course, Power Rock Fiddle Songs, “kicked up one powerful notch” as only Ashley can.

Tickets at www.SelectYourTickets.com by phone at 250.762.5050 or in person at the Prospera Place box office.