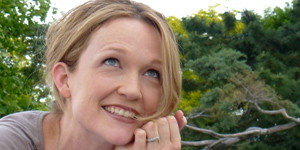 I’m sitting on a local piece of public art. Don’t try and guess which one just yet, as you can see I’ve taken special care to distort its silhouette by lying awkwardly across it as if I was a bikini-clad barista on a break at hot sands beach. I’m performing a little trick I learned while studying art at university called site-specific symbiosis. It’s when you become one with public art in ways that make sense for that location, or, if you’re a tourist/reckless local, it means trying to do cool poses on any random sculpture you can climb. While it may not get accolades for form or style, this statue is perhaps one of the most visited in the Okanagan. Most of us have a snapshot of some family member clinging to one of its daring undulations.

Public art means different things to different generations. Today I see the downtown sculpture Spirit of the Sail as a landmark, a destination, white wings holding blue sky. In my adolescence, however, they were the backdrop to cola-fuelled rebellion. We littered around them in droves after the teen nightclub let out across the street. “Why are we all just standing around here?” someone would finally ask. “Because it’s a party at the sails, man!” And we’d go back to bobbing our heads to leftover beats and trying to find a way to climb the sculpture. Glad I don’t have too many snapshots of that. The fact is, whatever your age or viewpoint, the public art around you is part of the set on the stage of your life, and each piece, in its way, plays its part.

After spinning my daughter on Natural Language (the giant metal Möbius strip in front of the library), which gets her wound up just enough to run inside and excitedly pick out books but not enough for her to try to eat them, I open a paper to read about how a piece of art valued at close to $200,000 was recently offered free to the city of Kelowna. It was rejected over installation costs, committee disputes and all sorts of other exhausting details. I check out the picture of the artist working on the piece. It’s a sculpture of a really cool heron that looks extremely dangerous and fun to climb. I imagine its place in potential family portraits, with mom swinging around its neck, little Janie pretending to fly and dad holding his eye, the victim of a gruesome mock run-in with the bird’s magnificent, lethal beak. I begin to miss the statue we never had… Do we struggle with art approval because of things like the great Baggage Handler brouhaha of 2005, when a sculptor in Penticton dared to expose a giant naked guy? Part of the population felt they could not relate, some especially so, and the sun came up one morning on “Frank”—without his beans. It was a costly controversy, but one that got people sharing opinions, reading about the art world and thinking for themselves. Under the eye of national media attention, it forced locals to consider how they wanted to be viewed. So do we feel hesitant around art funding because of situations like this, or do they hopefully help encourage more involvement in the process?

Personally, I want public art lining the streets, igniting wonder, invoking rebellion! Or at least kindling jabs at creative picture-taking and deviant climbing attempts. That’s why the sculpture I’m on works so well. Its impact, and that of the many great pieces across the Okanagan, is as much a part of our landscape as it is our cultural identity. For the rest of my life wherever I live or travel, I take these impressions with me.

In fact, just this spring, while shopping in Paris, I had trouble talking to the sales lady in French, so I tried the next best thing. Reaching out, I smiled, said, Canadian, and made a sign of the Ogopogo. She lifted her arms into the shape of the sails. Public art belongs to all of us, when no words can be shared; it is a connection that needs no translation. 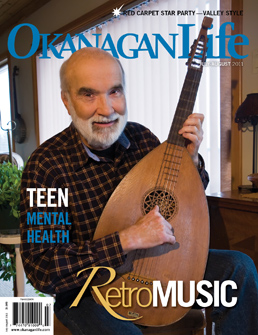 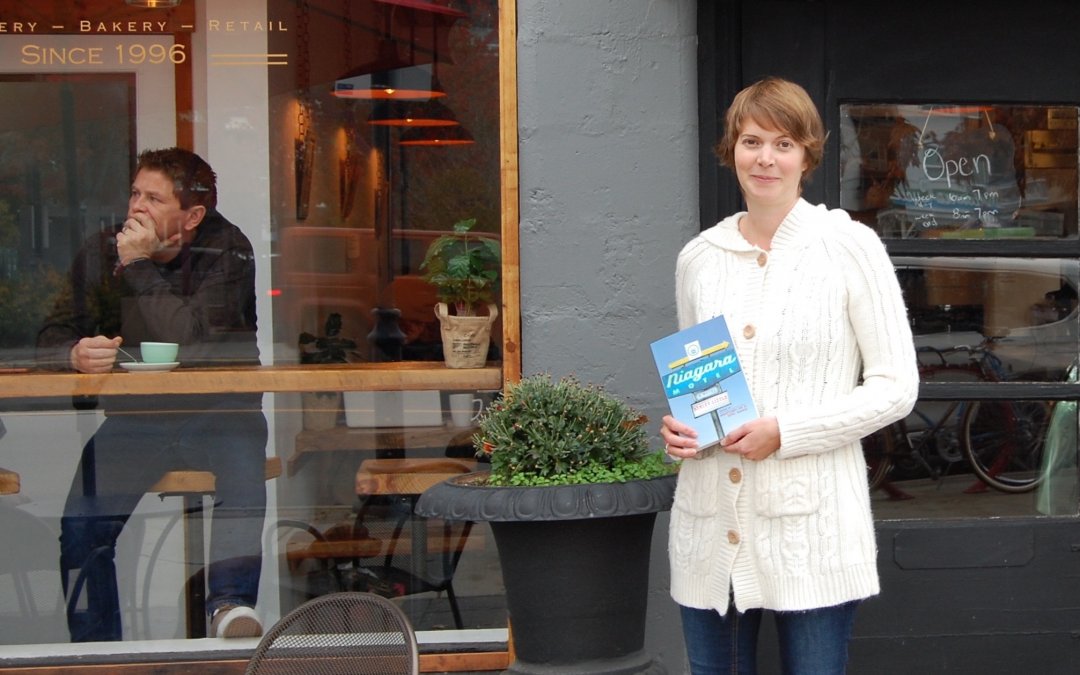 Beneath the whirr and buzz of coee grinders, I sit with Okanagan author Ashley Little as she tells me about the inception of her most recent novel, Niagara Motel. 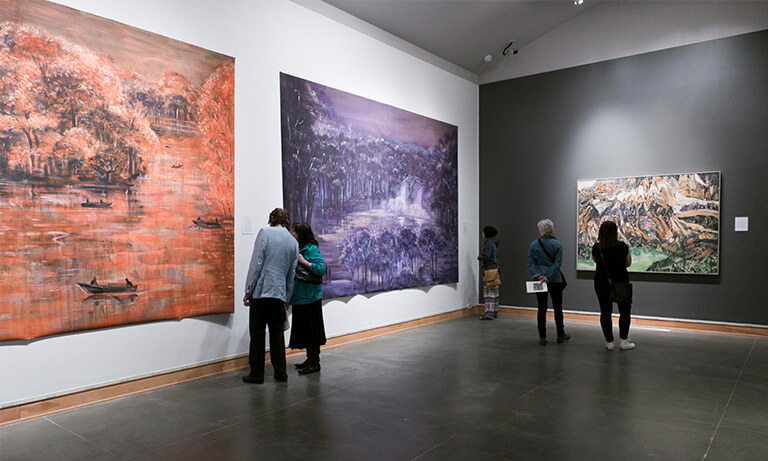 See The Big Picture at the Kelowna Art Gallery

What is it about big things that fascinate us so much? Could this fascination for “going big” hold true for art as well? An exhibition at the Kelowna Art Gallery, entitled The Big Picture, gives visitors a chance to decide for themselves. The Big Picture features...