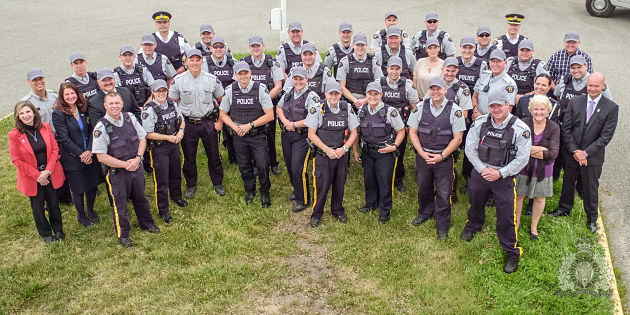 MADD Canada, ICBC, the RCMP and supporters of Alexa’s Team are gathering again to recognize 246 officers from around the province being named to the 2015 Alexa’s Team, and to support this outstanding community road safety initiative.

Alexa’s Team is a program that recognizes the dedicated RCMP and Municipal police officers in B.C. who make an extraordinary contribution to reducing the number of drivers affected by alcohol or drugs on B.C.’s roads and highways. The team is named for Alexa Middelaer who was killed by an alcohol impaired driver in 2008.

“During my time as a police officer in northern B.C., I saw the devastation that alcohol-affected drivers can cause, says Minister of Public Safety and Solicitor General, Mike Morris." Driving while affected by alcohol or drugs is dangerous and illegal, yet people still choose to do it. The 246 dedicated officers being recognized today as part of Alexa’s Team do extraordinary work to raise awareness and help make our roads safer.

B.C. has saw a 52 per cent reduction in alcohol-affected driving fatalities in B.C. since 2010, representing an estimated 238 lives saved.

"Our communities have sent a clear message, namely, to keep our roadways safe by removing impaired drivers," says Staff Sergeant James Anderson, Unit Commander, CRD-Integrated Road Safety Unit.  "Alexa's Team has taken this message to heart. These officers have significantly improved safety on our roadways through their interdiction of impaired drivers. I commend these officers for their dedication to road safety and commitment to Alexa's Team."

Alexa’s Bus, the province’s mobile road safety unit (MRSU) launched in 2014, is another tool to help police fight impaired driving. Used for enforcement and to educate the public about road safety and the dangers of impaired driving, the bus was deployed 155 times in 2015 to communities around B.C.

“As a family, it is our privilege to recognize the members of Alexa's Team whom have gone above and beyond to ensure the safety of our communities," says Laurel Middelaer, Alexa’s Mother and Road Safety Advocate. "It is good and right to acknowledge and thank those who individually and collectively make an enormous difference, each and every day. In the wake of the tragic loss of our daughter, Alexa, this is one event that allows our family to find some needed good.  These members are heroes and deserve our appreciation; we look forward to celebrating with them at the four events in our province this spring."

Tthe public to call 911 to report suspected impaired drivers and has been helpful in removing drivers affected by alcohol from the roads.