Wine Country Blends With the Times 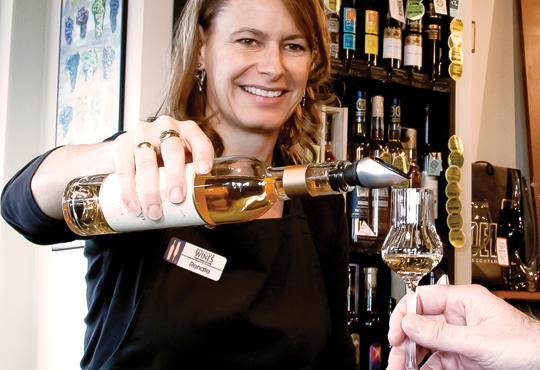 On a snowy winter morning, a small stream of luscious deep red wine flows into Jim Perwal’s glass as he stands at the bar. Peering out the expansive window overlooking Okanagan Lake, he and his wife Sylvie marvel at how the grey clouds have parted to reveal a shimmering oval sphere of light smack in the middle of the water. They won’t forget this day. It’s their 25th wedding anniversary and they’re celebrating with a trip through four Okanagan wineries. Quails’ Gate is their first stop, and the Old Vines Foch slips down with ease despite the early hour.