Streets with warmth and charm are making a comeback. We missed the pedestrian bustle and exuberance; the busyness and the business.

Until just yesterday, such streets (those that persisted) were nearly run out of town, relegated to the dustbin of history in North America.

But recently, we have come to expect more and different things from where we live and how we live together. Dense, walkable, pedestrian- and transit-friendly towns and neighbourhoods aren’t just nice, necessity is there too. 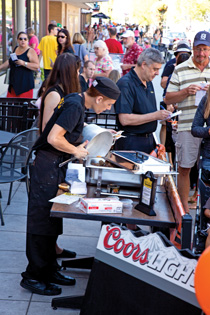 Bustling main streets — what the British call “high streets” — had become nearly imaginary, something from the movies. Places we visited on a foreign vacation. As if streets of human scale and friendliness were childish and unnecessary things that we’d outgrown in our dash to grown-up, no-nonsense speed and modernity.

Now we are coming to grips with what was lost in the name of speed, convenience and convention.

Mid-20th century zoning and planning was perfectly designed and implemented to curb our very human desire to congregate. Move along folks; nothing to see here.

We have a newfound appreciation of the farmers’ market, which had disappeared for a very long time. And we didn’t seem to miss it much. Or even notice.

Today, shopping malls are having an identity crisis. As their grip on our affections and our purse strings loosens, mammoth malls across the continent are trying to re-imagine themselves — as Main Streets.

Park Royal Mall, the great shopping sprawl in West Vancouver has actually moved an entire quadrant of the facility outdoors and deliberately recreated it as a gently curving street of one- and two-storey shops. You know—a high street.

Nervy. But at least it shows that the feeling we’ve had about something missing has been quantified and researched and proven.

Charles Montgomery, author of the bracing new book Happy City quotes neuroimmunologist Dr. Esther Sternberg as she muses about the clever folk who designed Disneyland’s Main Street: “They figured out in the 1950s and 1960s, long before we understood neuroscience, exactly how to get people from a place of anxiety and fear to a place of hope and happiness.”

Yes, a bustling and busy streetscape—even a fake one built to five-eighths scale—makes us happy and hopeful. We are wired for this. We need it. We missed it.

And so we come to our Okanagan towns and villages.        See more including the Okanagan Main Street photo gallery: links below. 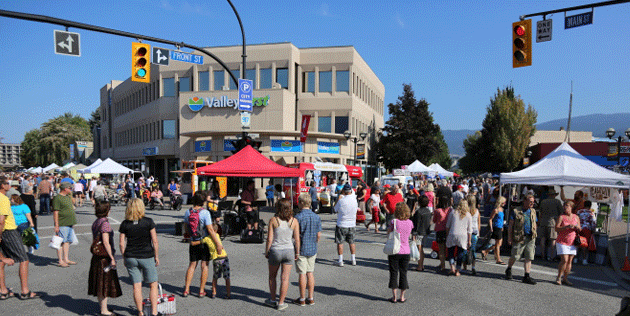 Our October issue features the revitalization of main streets in the Okanagan. We’re also living the Good Life with the Best Chef in the South Okanagan, Paul Ceccinni, and exploring what's new with Kelowna wineries with wine writer Michael Botner. Get in person with Christine LeFaivre and her groundbreaking work in traumatic brain injury rehabilitation.