Kelowna posts gains in home prices to end the year 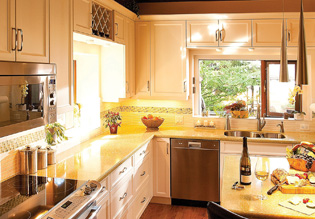 According to the Royal LePage House Price Survey1 released today, the aggregate home price in Kelowna rose 3.6 percent year-over-year to $650,438 in the fourth quarter of 2018.

"The housing market is showing signs of stabilizing from the impacts of government regulations aimed at cooling the market," said Francis Braam, managing broker and owner, Royal LePage Kelowna. "In the fourth quarter, the market in Kelowna remained balanced, reflecting increased demand from young families and millennials looking to find a home for good value."

Braam also added that the majority of buyers in Kelowna are locals, with a small proportion of buyers from outside of Canada.

"The invisible hand that guides our complex economy hit the real estate reset button in 2018 and that is a good thing," said , president and CEO, Royal LePage. "Major market home price inflation through much of the decade had led to dangerous overheating in our most populous regions. Government regulatory intervention and rising interest rates, when combined with property price overshooting, triggered the correctional cycle we find ourselves working through today."