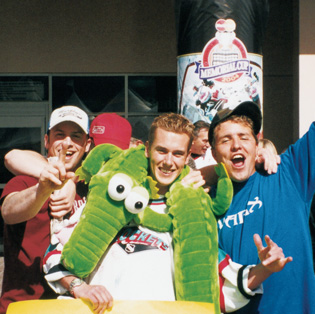 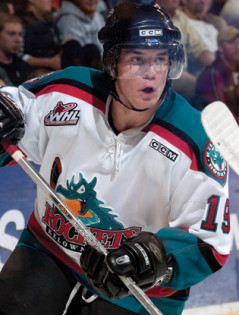 The Memorial Cup 2004 couldn’t have happened on a more appropriate weekend for the Western Hockey League’s Kelowna Rockets. It was a victory to match all victories in the team’s history.

Josh Gorges, Kelly Guard, Randall Gellech were familiar heroes, but arguably the player with the biggest smile on his face when he awoke on Victoria Day was Justin Keller...a Summerland 18-year-old. Keller scored the biggest goal of his career as the third period of the Mastercard’s Memorial Cup Championship Game raged to a fiery end for the talented Gatineau Olympiques.

Read the original feature from the June 2004 issue.