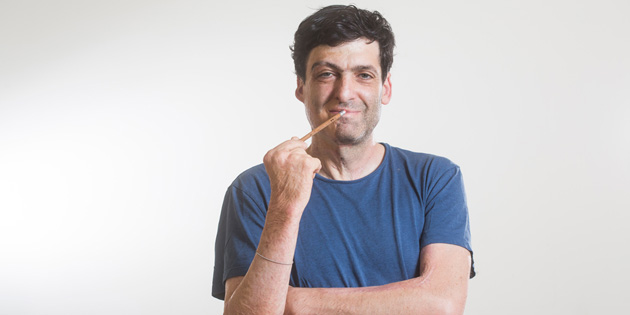 Okanagan Life Editor Paul Byrne spoke with Dan Ariely about his book, Predictably Irrational, his TED talks and his seminal research that shines much needed light on the hidden forces that shape human decisions, behaviors and also answers the questions about why humans cheat—especially when it comes to money. (Editor's Note: I bought five copies of Predictably Irrational to give to my children years ago. It is one of my favourite books that I believe should be required reading by Politicians of all nations.) The (Dis)Honesty Project is also available online.

DA: Yes, Decepticon was a great conference. If you look at human bias in general, you cannot say that any bias is 100% bad. Over confidence is bad in many places, but it also has some benefits. The same thing goes with conflicts of interest. People are torn between two interests.

OL: Is political corruption is on the rise in (your country) the United States?

DA: We did some studies on that and what we found out was that the public wants and expects our politicians to be dishonest. The reason for that is people view politics as a means to an end. If you want your agenda being implemented?—?and that’s the important part?—?you want your politicians to deceive to achieve it.

OL: The U.S. Congress has been called dysfunctional. They seem to have forgotten that monopolies kill small business and free enterprise, yet dozens or hundreds of monopolies exist. Do you believe that money is the world’s single biggest problem?

DA: As a scientist I believe in data. It is very hard to resolve these arguments as theoretical issues. We can all predict what we think will happen, but don’t really know. But I can imagine a world where politicians basically create tests and say let’s try it out and see what happens. The biggest strength we (could) possess is modesty in our ability to trust our own intuition.

OL: We live in a world where scientists are marginalized and trivialized by politicians who effectively lie and fabricate arguments, just to discredit good science, for profit? Are U.S. citizens being let down by their politicians?

DA: Very much. I think that the dismissive nature of data is a problem. I don’t think that people should say, here is a piece of data, let’s just accept it. What I believe is people should be updating their beliefs. If you think the data is strong, update stronger. If the data is weak, update your beliefs a bit. You cannot ignore the data. That just means that you are idealogical rather that logical, and that is terrible.

OL: So people do not update their beliefs enough?

DA: Yes, nobody is saying it is the end of the story or you have to believe this forever. But if you just got another piece of data, how can you ignore it? It doesn’t make sense to ignore new data… update your beliefs with it.

DA: Yes, a better society could be created if people understood statistics better. So many things in life have to do with probability and if we do not understand probability we cannot learn.

OL: Americans are angry with their politicians and the political process. Is this why so many wars are starting?

DA: Wars start for a lot of different reasons. Look at what is going on in the Arab world right now, it’s really about the human ability to create hate, and to create in-groups and out-groups. It is a tremendous amount of hate and when people get hateful and emotional, they do a lot of things they wouldn’t normally do. I don’t think it is about dishonesty but it is about our amazing ability to be outraged, and deeply emotional enough to lose our lives, for an idea.

OL: History is full of wars starting over fabricated stories or deceptive means, often referred to “false flags.” How easy is it to start wars with deception? DA: There is no question that you can create a (false) story and get people to believe just about anything. It is shockingly easy to do that. OL: What neuroscientist’s do you follow or enjoy or align your beliefs with?

DA: I really like Dr. Gregory Burns experiments which updated the Ashe experiments with fMRI. It showed that disagreements with other people, activates regions of the brain associated with pain. Now you can clearly see that when others are giving the wrong answer, it activated pain centres in the brain. This shows that we experience actual pain when personal beliefs were (are) in disagreement with the group.