A small waterfront city with the amenities of a larger centre, job opportunities, and new homes coming to market at an available price—those characteristics are what landed the City of Penticton on a best-of list. In its latest edition, Canadian Real Estate Wealth magazine selected Penticton as one of their blue chip picks for real estate investment.

“Penticton is one of those places where people want to live, with so many great amenities,” said Anthony Haddad, director of development services. “With land that has become available for development and significant infill redevelopment, we’ve seen a lot of growth in residential housing over this past year and we’re very pleased to be spotlighted as a prime spot in Canada for home ownership and investment.”

According to the magazine, Penticton’s many amenities and a six-month home price index growth of 4.7 per cent should be making new homeowners and real estate investors take a look at buying now. The editors also noted the $312 million expansion to the Penticton Regional Hospital should lead to job opportunities that will attract highly skilled residents.

Developers are reporting sellouts of units prior to final construction and Skaha Hills, a $250 million master planned community on land owned by the Penticton Indian Band on the south slopes of the city, reported a $12-million sellout of their phase 3 in one day last summer.

“Our efforts in recent years to reduce barriers for development and plan for sustainable growth has enabled the City to support new development at record levels in our community,“ says Haddad. “We’re very busy at the building department, and with the vacancy rate under one per cent, we’re expecting to see a similar pace in new building permits this year.”

For the last decade, Canadian Real Estate Wealth magazine has released an annual property forecast with a province-by province analysis of the best real estate markets to invest.

The City of Penticton is the hub of the South Okanagan, with over 2,500 businesses serving a trade area of 80,000 and 1.2 million visitors annually. 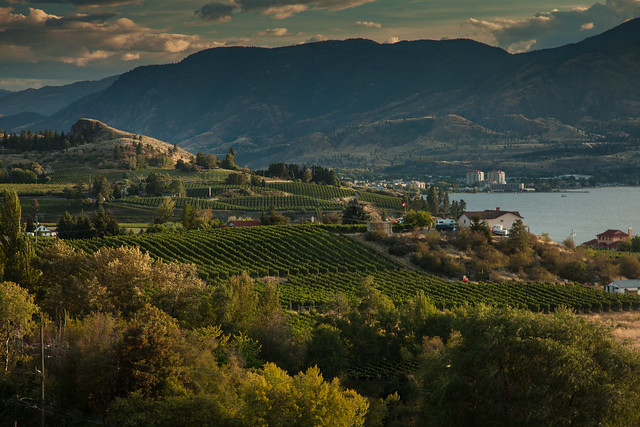