Oil is the bogeyman under the bed. For months, daily news sources have been trumpeting prophecies of doom and gloom. But the CMHC paints a different picture if you take the time to read. According to its Housing Market Outlook, British Columbia Highlights report released last month: “Projected population growth is expected to add approximately 30,000 households annually from other countries. [With BC’s average household standing at 2.5 people, that amounts to 75,000 new residents.] While people moving to BC from other countries will be the main source of population growth, people moving to BC from other provinces will add to the population as well. Net interprovincial migration turned positive in 2014 and increased through the third quarter adding almost 7,500 people to the province’s population, compared to net outflows in 2012 and 2013.”

In short, many of these new Canadians will flood Vancouver, the Lower Mainland and Victoria. When the density becomes so great and pricing too extreme, we can expect to see a migration inland from the Coast and the Okanagan will be a prime destination. 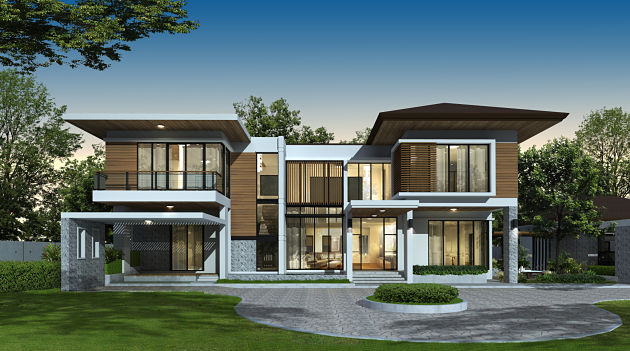 The study’s predictions through 2016 see most of BC as almost stagnant with the majority of building occurring in Vancouver, Victoria and Kelowna. Oil is seen as having less of an impact on provincial building stats than the mainstream media indicates with its disaster-du-jour approach. Immigration will be the largest factor (barring something unforeseen like a catastrophic war or a change in government immigration policy.) What this means is that prices will continue to go up as the demand increases and the supply of housing and building space diminishes.

Trying to second-guess the markets is difficult. A quote often attributed to the 19th century British Prime Minister, Benjamin Disraeli, goes, “There are three kinds of lies: lies, damned lies, and statistics.”

I think we’re going to see growth of at
least five per cent over the coming five years
in all sectors. Single family and multiple family
units will experience this.

Century 21 realtor Amanda Westrheim knows this and points out that even little things can skew the numbers so you have to be careful. “If people are looking at January 2015 as an indicator, they need to take a closer look at what went on. We had the big snowstorm in January that brought everything to a standstill. Nobody was going out and nothing was selling, so comparing it to the same time period in 2014 is the wrong thing to do. If you look at February 2015 compared to 2014 you’ll see our sales are up. So you have to be careful when you read the stats.”

Because of blips like the snowstorm, Westrheim tries to take as many factors into account in her assessment of the market place as possible. What she sees makes her optimistic. “This isn’t blind optimism and it isn’t because I make a living selling real estate, but I think we’re going to see growth of at least five per cent over the coming five years in all sectors. Single family and multiple family units will experience this.”

She isn’t worried about losing Alberta oil money. As she points out, there is other business going on in Alberta and those people still want to come here when they buy a vacation home or retirement place.

The real danger is with the Valley workforce that commutes to the northern part of BC and Alberta for big wages. As the oil patch reduces its output—even temporarily —these people who have purchased properties that would generally be considered above their pay grade, will have a tough time making the payments.

“Most of them won’t have a problem for a little while, but it’s the low interest rates that are saving them. If the rates go up, there will be a lot of foreclosures.”

One factor Westrheim sees as a counterpoint to this possibility is that influx of new Canadians. “We’re starting to feel the impact of the offshore money as it lands on the Coast and makes its way inland. Kelowna is becoming more and more diverse. My company, Century 21, was one of the first to recognize the importance of this when they translated their website into Mandarin alongside English.” 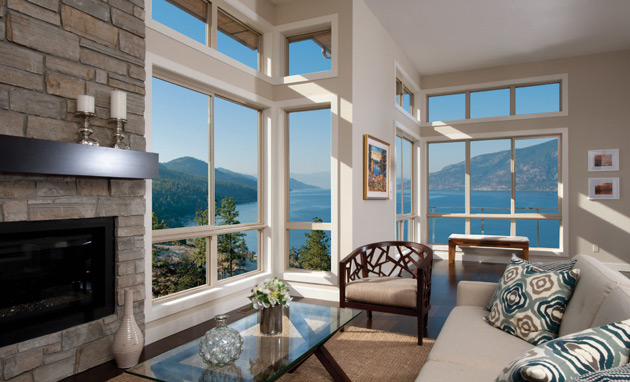 Jane Hoffman, whose group was this year’s top team for Coldwell Banker Canada and number six in North America, agrees with Westrheim on the oil downturn.

“It’s not being felt yet,” says Hoffman. “We thought it would slow us down. But when I talk to my clients in the business—the oil executives I deal with—they aren’t too excited about it because they know oil is a cyclical business that goes up and down and they plan for it.” In the first six weeks of 2015 Jane sold more lakeshore property than at the same time in 2014.

“Sales right now are not a true representation of the situation,” she says. “There’s less inventory in all ranges because of a strong 2014. Back in December I was concerned about the market, but now I’m pretty optimistic.”

Hoffman points out that housing in the $400,000–$700,000 range is moving nicely and that multifamily units are a good value in this market and will only strengthen with time because of possible supply issues.

Every realtor we spoke with voiced the same concern: product is at a premium. Westrheim noted, “For the first time in my career, I couldn’t find something to sell a client.”

Tim Down, another Coldwell Banker realtor working in both residential and commercial sales, says, “The oil downturn won’t impact the Okanagan, because the demand for real estate strengthened and the supply didn’t. We’re working on a limited supply of building land, but residential sales will stay strong because nothing has changed to alter the conditions dictating why people move to the Okanagan.”

The 27-year veteran of the real estate wars covers the region from Salmon Arm to Osoyoos. His focus is on investment real estate, which gives better cash flow than the financial markets at the moment. What he’s seeing on the investment side is raw land being acquired by investors, with demand for multifamily rental property staying strong because it gives such healthy returns. The Okanagan has worked its way through the foreclosure issues of recent years, but speculative buying by individuals is down.

“Small industry commercial property is looking good and development for the hospitality business is strong as well, with more tourist accommodation being created."

Single-family units could cause some problems in the future, according to Down, because the supply is shrinking while present owners are sitting tight. “Right now it’s death, debt or divorce that triggers sales.”

Down says it’s time to start building new multifamily product. Not the monster condo developments that have given the area a lot of grief. He sees smaller projects like four-unit buildings as excellent investments and ideal for this point in time. “The banks are more comfortable with them because they’re easier to get out of the ground and easier to market.”

For buyers, he says townhouses are a good investment both financially and in terms of lifestyle. Prices are on the rise, running between $450,000 and $600,000.

The CMHC analysis backs him up on this. Their numbers indicate that last year single-detached building starts fell by 1.1% in Kelowna, but multiple unit starts were up by a considerable 14.4%.

Down admits he doesn’t know whether an interest rate hike will hurt the market, but a lot of investors have gone long so he’s confident there is no worry for the next 12 to 24 months. Still, volatile employment figures have the potential to cast a long shadow over the longer term. As he sees it, “in BC the concerns are: where is the employment and where is the money.”

CMHC’s assessment of employment over the past two years shows the raw unemployment rate (seasonally adjust numbers are not available for Kelowna or Kamloops) is down by 3.3 points in Kelowna and up by 0.3 in Kamloops.

One axiom in the real estate business is that commercial development always follows residential. “Right now,” Down says, “small industry commercial property is looking good and development for the hospitality business is strong as well, with more tourist accommodation being created.”

Sales of general retail space are down, but commercial retail coupled with multi-family residential is good. Locally he doesn’t see a demand for office space. In places like West Kelowna the market was flooded.

Vineyard properties, often thought to be prized investments, were slow, but demand is now picking up for turnkey operations if priced right. A lot of wineries were heavily leveraged and run on a shoestring. They need to be recapitalized.

“The Agricultural Land Reserve (ALR) land has always been a concern,” says Down. “The Okanagan will protect its farmland at all costs.” But he sees farmland close to the city coming out of the ALR within the next 20 years because the city needs the taxation, so it will side with those who wish to pull land out of the reserve for projects that will generate greater revenues.