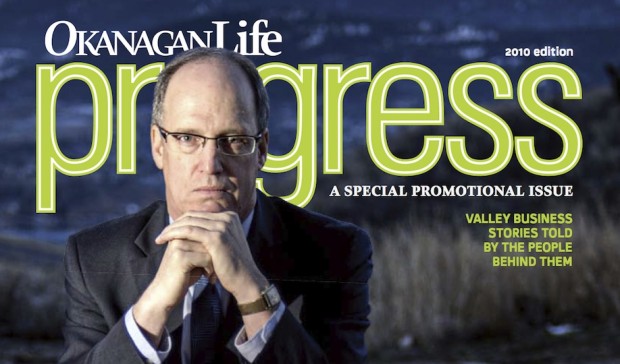 Despite a history of giving up comfortable careers in favour of new adventures, just signed on for a second term as president of Okanagan College. Time for him to quit moving forward? Not a chance…

Since the transition from Okanagan University College (OUC) back to a community college in 2005, Okanagan College has consistently exceeded expectations. Along with planned increases in enrolment in both trades and health, its arts department has grown dramatically; the business program, which was expected to decline somewhat after the advent of UBC Okanagan, has strengthened instead. Remarkably, the full-time equivalent (FTE) student enrolment figures have consistently been higher than projected — currently some 1,500 above target.

When people ask what’s behind this stellar track record, OC president Jim Hamilton tells them it’s due to the superb leadership of the president. “Then,” he says, “they all laugh.” He attributes the college’s success to the corroboration and hard work of many good people. “It was careful planning, flexibility, willingness to seize opportunities we weren’t aware of when they come along.”

A few minutes into our conversation, I realize “flexibility and a willingness to seize opportunity” sums up the way Jim has lived his own life. He has always, he says, done a number of different things; through university and most of his working life, he usually had a business or two on the side. And even with these diversions he has always been open to new adventures, routinely leaving secure and rewarding employment for a change.

It’s not that his day jobs have been dull — quite the contrary, they’ve offered daunting challenges and plenty of involvement with groundbreaking change — but after a few years, even the most interesting jobs become a little too comfortable. Perhaps variety is the spice of his life. 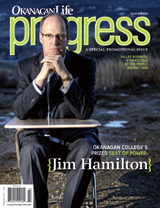 Jim’s no frazzled multi-tasker, though. Despite the hum of activity in his office area, he’s serenely focused on our conversation. There’s never a sign of him glancing toward a timepiece or a day planner. When I check my own watch, I express surprise that a full hour has passed; he just smiles calmly and says we can still tour the new Centre for Learning before his next appointment. He has, it appears, learned to master time — and timing, too. It seems whenever he’s ready for change, a new and exciting opportunity awaits. Jim has an incredible knack for being in the right place at the right time, bringing with him the right skills and the right attitude. 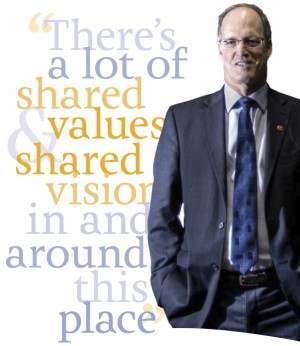 Jim was born in Vernon while his father was serving in the military. “I lived in Vernon for a few months in 1951, and then we took off on a journey that led all over the country and then over to Germany and back again,” he says. But his family is well established here, with roots going back to the turn of the last century, and they would return every summer that they could.

He went to high school in Kingston, Ontario, before the family moved on to Victoria, where he attended university. “I spent two years there, then worked for a year doing labour on a variety of jobs, primarily for the municipality of Esquimalt, and got married,” he says. Returning to Kingston, Jim spent the next several years at Queen’s University. At the same time, he and a friend secured the contract for garbage removal and building maintenance for about 20 of the university’s apartment buildings; he designed and built custom furniture; and he was active on the political front, organizing, consulting and doing market research.

At Queen’s, Jim’s graduate work involved participation in the Disraeli Project — preparing the voluminous correspondence of former British prime minister Benjamin Disraeli for publication. The historical aspect of the research made the project a little unusual for an English major, and the work itself was groundbreaking in its use of technology. “It was the first major publishing project in Canada to use computers all the way through,” he says, cutting edge stuff in the early 1980s. “Computers were so new to those kinds of projects that we actually hired a PhD student in computing science whose thesis was to write a word processing program.”

Jim returned to work in the Okanagan almost by accident. Moving west for a job prospect at the University of Victoria that didn’t materialize, he arrived back in Vernon with his wife, their children, and all their worldly possessions. Within a couple of weeks, he was offered a job with the English department at the original Okanagan College. “I’ve been involved with the place off and on ever since,” he says. “This will be my 29th year.”

During those years, Jim has seen the institution from the perspective of an employee, as the parent of students attending the facility and as a board member. (He can even claim to have been a student himself, having taken a flying course through continuing education.) And over the years, he has liked what he has seen. “The people who work here have a tremendous sense of commitment to what it is that the college stands for and does,” he says. “There’s a lot of shared values and shared vision in and around this place.”

For the first decade Jim worked as a teacher in OC’s English department. “The nature of employment here was contractual — short-term contracts to start with — and we did have to feed the family,” he says, so he also pursued some business interests: he owned part of a market research and communications company for a little while, and was involved with concert promotions.

Eventually, he secured a continuing contract with the English department. Not content to drift along with a sure thing, he decided he wanted to gain some administrative experience; an opportunity arose with the Vernon School District.

“They hired me initially because they wanted somebody to take responsibility for strategic planning and communications, public relations, that sort of thing,” he says — a good fit with the skills he’d acquired through his business endeavours. Hiring on for what he thought would be two years, he stayed for eight. During that time, he was also appointed to a six-year term on the board of Okanagan University College.

Jim says he thoroughly enjoyed cutting his administrative teeth with the school district. “Just about the time I was becoming tired of that, an opportunity came up at the college in Vernon, to be what was then called the centre director — we call them the regional deans, now,” he says. He felt like he had come home. 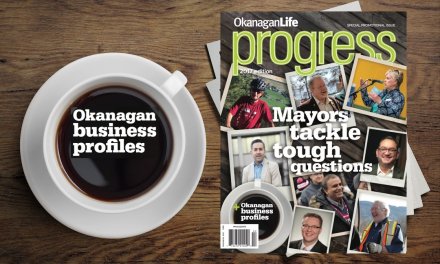 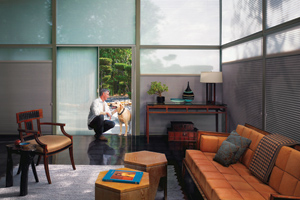 Rearview: Beware of the alligators