Hundreds queue for opening sales at One Water Street 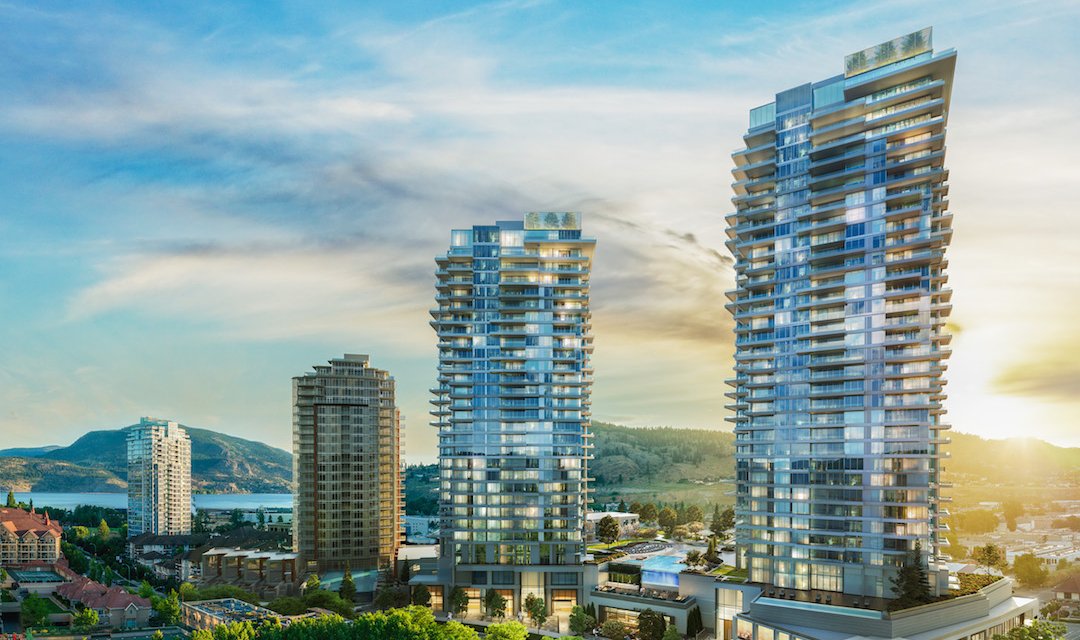 The research said the demand is there, and proved to be correct as 160 homes in the new ONE Water Street luxury residential project were sold during the opening weekend of sales.

Sales of homes at ONE Water Street on the northern edge of downtown Kelowna began on Friday, September 29 with a series of private viewings. Out of the gate, 30 per cent of the homes were sold in the first few hours. The pre-arranged sales appointments continued through the next day, with sales to the general public beginning partway through the second day with a gala opening of the presentation centre. By the end of the event, 160 homes were sold, from studios to three-bedroom and townhome plans.

The buzz about ONE Water Street has been undeniable. It’s a welcome departure from most developments typically seen the Okanagan, and takes its cues from the kind of exemplary projects in high demand in urban centres around the world. At 36 and 29 storeys respectively, these will be the tallest residential towers between Metro Vancouver and Calgary. 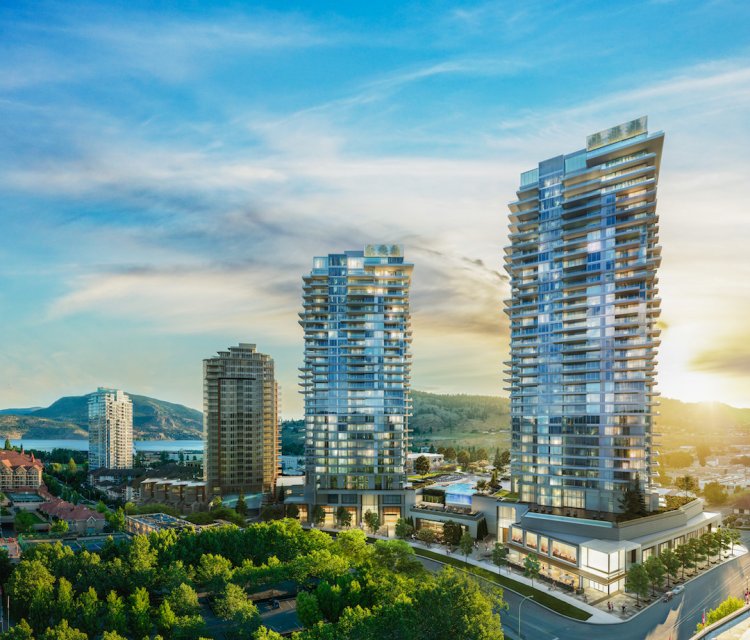 Partner developers North American Development Group (NADG) and Kerkhoff Construction knew they were onto something big as they received more than 4,300 individual information requests prior to the opening weekend of sales, including 400 requests for personal sales appointments to put them at the front of the queue.

The largest proportion of buyers came from the local area and from Metro Vancouver. These buyers were downsizers and millennials looking forward to making ONE Water Street their new home in Kelowna. Just eight per cent of the buyers were from Alberta and six per cent from other areas in the Okanagan. There were also buyers from various locations across Canada reaching as far as Toronto.

The sub-penthouse and penthouse homes which were not part of the initial release, are now available starting from $1.79 million.

Construction slated to start by the end of the year with occupancy is slated for 2020. ONE Water Street will redefine the neighbourhood around Prospera Place, including the neighbouring 21-storey 1151 Sunset Drive project also being completed by Kerkhoff Construction.

“If you had asked us three or four years ago if large-scale developments in Kelowna were on our radar, we’d probably have said no,” says Leonard Kerkhoff, vice-president of construction for Kerkhoff Construction. “However, as we took over completion of 1151 Sunset Drive, our research pointed to the pent-up demand for just these kinds of homes and commercial spaces in this neighbourhood and a desire for people to own in a more upscale development. The Sunset District is long overdue for development in a market crying out for new homes. ONE Water Street answers all these demands, and the interest on the opening weekend certainly bears that out.”

“Up to now there haven’t been many options to purchase these kinds of homes anywhere in the Okanagan, and this neighbourhood needs to evolve. It’s overdue,” says NADG managing partner Henry Bereznicki.

“The downtown waterfront location, plus our resort-inspired amenities and views at ONE Water Street are just not offered elsewhere around here. I moved to Kelowna recently knowing it’s the next place to be in B.C. and clearly the people who made the choice to buy at One Water Street think the same.”

The two glass and concrete towers at ONE Water Street will sit atop a three-storey podium that connects the towers. The fourth level is an elevated 1.3 acre landscaped park called “The Bench,” which would offer numerous amenities and outdoor space for ONE Water Street residents. These include two swimming pools, an outdoor hot tub, a large private health club featuring fully-equipped gym and yoga studio, outdoor BBQs, firepits, a pickleball court and a dog run.

The presentation centre for ONE Water Street is located at 1001 Manhattan Drive (corner of Manhattan Drive and Sunset Drive) and is open Mondays through Saturdays from 11 am to 5 pm.