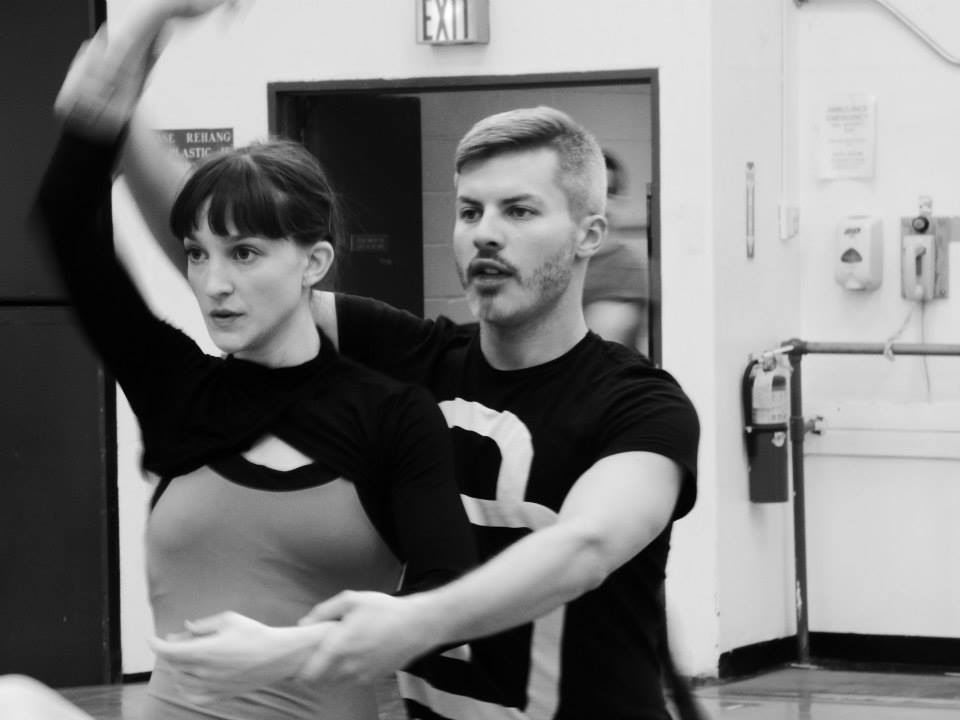 Ballet Kelowna’s recent performances of The Nutcracker with the Canadian School of Ballet received standing ovations at the Kelowna Community Theatre. Audiences were thrilled with the new staging, which captured the energy and charm of the young students while featuring Ballet Kelowna’s professional dancers on full technical and artistic display.

“We have received dozens of messages and phone calls praising the production and the outstanding performances by the Ballet Kelowna dancers,” said newly appointed Artistic Director and CEO Simone Orlando. “I believe audiences are going to be even more thrilled by what we have in store in the New Year.”

Ballet Kelowna is set to bring an impressive line-up of dance to Kelowna in 2015. The Company proudly presents – for one-night only – the Canadian premiere of The Ashley Bouder Project on March 3, 2015, featuring the dramatic power and astonishing athleticism of some of the world’s greatest dancers and choreographers.

Ashley Bouder, principal dancer with New York City Ballet, alongside an elite ensemble of NYCB's finest artists, will present a performance experience of the highest caliber. The explosive first act, An Exposé on Ballet Style, promises the grand classical and neoclassical works by ballet legends Marius Petipa and George Balanchine – including excerpts from Don Quixote, Swan Lake, Agon and the Tchaikovsky Pas de Deux. The second act boasts the anticipated Canadian premiere of Rouge et Noir, choreographed by Kelowna's-own Joshua Beamish, artistic director of MOVE: the company, with music from Shostakovich and costumes by American fashion designer B Michael.

“The Ashley Bouder Project is delighted to be a part of Simone Orlando's inaugural season as Artistic Director & CEO of Ballet Kelowna,” said Bouder. “We share her forward-thinking vision of what the potential of ballet has to offer as an art form and the importance of dance in the greater community. We are thrilled to be making our Canadian debut for Kelowna audiences, bringing beloved classical repertory, popular Balanchine works, and presenting the Canadian premiere of Rouge et Noir – a ground- breaking post-neoclassical work choreographed by Joshua Beamish.”

The season closes with the unveiling of Ballet Kelowna’s Forward: A Mixed Repertory Programme, April 24, 2015, following a tour of BC and into Alberta. Forward features three premieres by some of Canada?s leading contemporary ballet choreographers, coupled with the introduction of Lee Dances – a presentation of excerpts from award-winning works created for the esteemed Clifford E. Lee Choreography Award. The program will open with the Company premiere of James Kudelka's Byrd Music, showcasing the acclaimed choreographer's distinct balletic voice. Rich in technical inventiveness and thrilling grandeur, Kudelka?s signature mix of ingenious ballet partnering and lyrical interplay will be on full display. Former Royal Winnipeg Ballet dancer and award-winning choreographer Shawn Hounsell and Ballet Kelowna's Artistic Director, Simone Orlando, will each create new work, highlighting the electrifying artistry and physicality of Ballet Kelowna?s masterly dancers.

Ballet Kelowna’s Mini-Pack provides up to 15% savings on single ticket prices to The Ashley Bouder Project and Forward: A Mixed Repertory Programme. Mini-Packs can be purchased online at balletkelowna.ca, by phone at 250.862.2867 or in person at 1397 Ellis Street, Kelowna Actors Studio Box Office.

All performances take place at the Kelowna Community Theatre, 1375 Water Street, Kelowna BC.