A New Way to Think 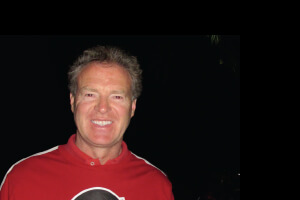 The last decade has seen unprecedented unethical behaviour in the corporate world. Ponzi schemes, cooked books, too-big-to-fail corporations and billions of dollars in bailouts have driven the economy over a cliff. The Occupy Wall Street movement, which reached the Okanagan October 15, should have been as predictable as the sun, yet it wasn’t. With so many angry people, why did it take so long? And will the revolution take hold? The answers might be found by understanding how our brains work.

The world’s greatest neuroscientists agree that as many as 95 per cent of our decisions form at a level below our conscious awareness, in a region of the brain often referred to as the “reptilian” or “old brain.” Yet it is the conscious, analytical “new” brain that is hard-wired to take the credit or dodge the blame. The bailed-out banker rationalizes himself as faultless. His “new” brain dismisses his unconscious feelings by rationalizing his predicament as somebody else’s. “I was simply creating commerce, vitality and growth for the economy; and in doing so, I created wealth for myself.” Conversely, the Egyptian did not consciously walk into his revolution?—?instead he followed his unconscious brain, often referred to as gut-feel, which directed him to demonstrate. That is why we all might sound like a banker or walk like an Egyptian from time to time.

Brain science is telling us we are not as “in control of ourselves” as we imagine. Humans are learning that unconscious processes account for many of our decisions; a fact that is disturbing to the rational, analytical types. While we imagine ourselves great thinkers, we actually are cognitive misers, which means that our “new” brain is hopelessly devoted to finding the easiest solution possible?—?instead of the best solution. The “new” brain can barely grasp three to five thoughts or ideas at any given time, while our “old” brain stoically processes millions of bits of data every second, including what it thinks about Wall Street. Simply put, the brain is an argument.

The Occupy Wall Street movement is running directly at us. Demonstrations around the world are succeeding for many reasons. CEO salaries continue to increase, even when the economy is struggling. Studies show that CEOs made about $700,000 or 25 times the average worker’s salary in the 1970s. By 2000, their salaries had jumped to 90 times more, and by 2008, top brass earnings had ballooned to 500 times the average employee’s salary. Our old brains know that this is wrong, but the new brain is so susceptible to irrationality that we mentally “bail out” wrongdoers by showing apathy, instead of deserved disgust.

I believe the most important reason Occupy Wall Street will succeed is the 99:1 ratio. It is so simple that all regions of the brain “get” it. Last year I wrote about a study that described how humans do not trust new facts if those facts do not immediately align with their own beliefs. Even when a newer or better fact is presented, we simply dismiss it and follow our own bias and dogma. The “new” brain doesn’t allow the “old” brain to win enough arguments.

“We are the 99 per cent” is a cognitive masterpiece when it comes to describing the movement. It allows us to understand the situation using full brain thinking. The old brain intuition and perception doesn’t lose yet another argument with the analytical new brain. It makes so much sense that we give ourselves permission to walk like an Egyptian.