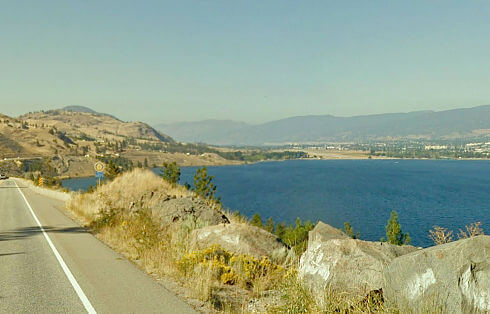 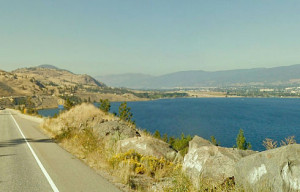 “The elevated site on the south end of Penticton is one of the finest parcels of land for development in Penticton because of its views, natural setting and proximity to amenities and Highway 97, the main artery through the Okanagan,” says Curt Jansen, Skaha Hills director of real estate. “Skaha Hills offers unparalleled views and broad vistas of the Penticton area, spanning from Okanagan Lake, over Skaha Lake to Okanagan Falls.”

The land, owned by the Penticton Indian Band, was recently released for development to partners Greyback Developments and fully secured by a Crown Lease with Canada.  The development site is the first of it’s kind to be designated for a 150-year term.

Skaha Hills will develop in seven phases  with proposed amenities including golf, beachfront access and exceptional hiking trails throughout the resort community. The entrance will feature a rock waterfall accented with indigenous “peach rock” found in abundance in a hidden quarry. Groundbreaking on the site is expected in November 2013 .

“Greyback has completed projects up and down the Okanagan Valley and without question this is an outstanding development site.  The lack of good developable land has stagnated Penticton’s growth in the past and we believe there is a pent-up demand for a nice master planned community offering some resort style amenities,” says Larry Kenyon, president of Greyback Developments.

Penticton is rapidly becoming the go-to destination of the Okanagan. A new hospital tower adding 300 new beds, beachfront revitalization along Okanagan and Skaha Lakes, commercial and light industrial development and increased direct flights to Penticton are all on the radar for Penticton’s surging economy.

“Home owners in Skaha Hills will be part of an evolving community in an incredible setting,” says Jansen. “The natural surroundings set the stage for an enviable lifestyle, combined with everything the South Okanagan has to offer: wine, golf, water and a wide variety of homes that offer some amazing views of the lake and valley.”