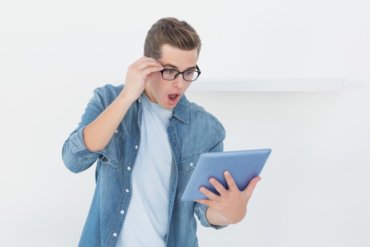 They’re finally giving astronauts something to make a cheeseburger with—other than flaccid tortillas. Nothing wrong with tortillas, I like them, but cheeseburgers they do not make. Actually, from the NASA handout photos, they look more like the brown rubber gag items we used to buy from the local joke shop. The rocket scientists are working on a grown up easy-bake oven for use in space.

Thank the stars someone has the humanity to figure out a way to turn yeast, water, flour and salt into bake-able dough that won’t gum up the International Space Station. The men and women of the space cadet corps will finally enjoy something approaching tasty and homemade—seasoned with a wink and a nudge.

This got me thinking. What a surprise, huh? When I meet people at parties or talk to students they invariably ask me what’s the strangest thing I’ve ever eaten.

Okay. I am not into scrambled brains à la Zombie. Plain and simple I fail the test for my francophone bloodline. Let little lambs keep their grey matter. I have standards—though somewhat elastic.

Over my years as a foreign correspondent I’ve put my taste buds on the line numerous times.

There was the time when the Aussie government tourism rep introduced several of us to witchetty grubs. A grizzled old Aboriginal Elder named Pete cooked them on a piece of wood over an open fire deep in the Outback (at least five miles from the port city of Perth).

First we were offered the chance to hold them in our hands, but I was raised never to play or make friends with my food. Besides I needed both my hands to hold on to my tin of Victoria Bitter.

The grubs were innocuous, white wriggling things that weren’t terribly energetic in their efforts to get away. If we’d been in reversed positions, I’d have been setting the record for the Outback four-minute-mile.

I guess I was on the inside and knew what was coming—they didn’t.

They hopped around a bit—like you do when you step out onto a hot beach—as the fire warmed their log. Then they settled down to brown in the heat. Pete watched us with curious eyes—wondering which of the reporters would throw up first. When he finally ate, it was from a can of the Australian equivalent to Chef Boyardee Ravioli. “Don’t’ care much for the old bush tucker,” was his only comment.

Drama over, they were kind of nutty and would have gone well with gin, but the Australians hadn’t discovered that wonderful drop yet, and may still not have.

I did eat an ant-egg omelet once when I was working on the Mekong near Cambodia. It was served mostly on a dare after a group of us consumed the entire local supply of Tiger Beer. (Notice a theme here?) The omelet was actually made with hen’s eggs and the ant-eggs were a bland condiment.

I guess my favourite “OMG!!! You ate that?” meal was in Nairobi. We were treated to braised crocodile tail. The tail was cooked in its entirety skewered on a spit. Our waiter brought it to the table where he carved chunks onto our pates with a huge cutlass. I don’t think my neighbour was prepared to have her ear pierced that night.

You couldn’t say it was delicious. It had a funky taste, like the bottom of a riverbed. I suppose it wasn’t surprising, as croc’s are notorious for stashing their prey underwater until the good taste of decomposition sets in. No amount of Tusker Beer or Glenmorangie single malt could clean that one off the tongue and right then I decided never to bite another croc as long as I lived.

However, God bless NASA. The space cadets will be able to have their bread and eat it too. Now if they could only figure out a way to brew beer in space, then Mars would be a real possibility.