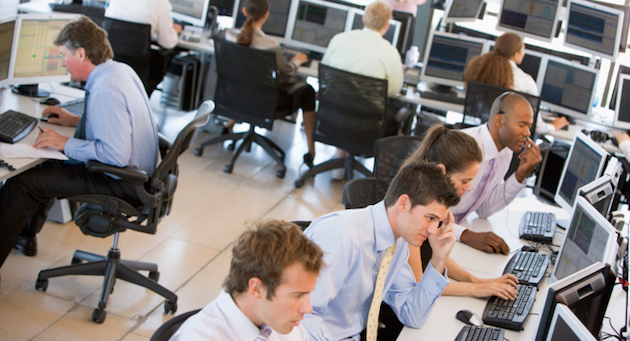 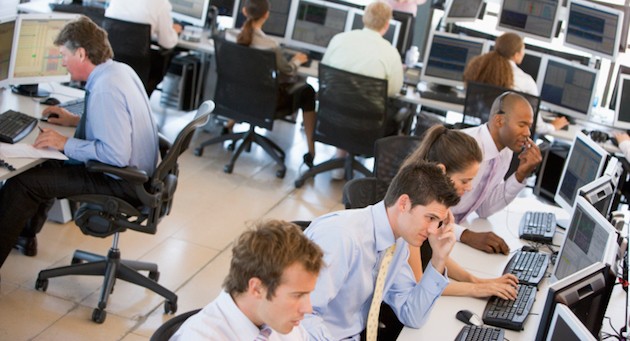 The year 2015 looks promising for Okanagan business owners. Certain sectors should be excited about a low dollar and even lower gas prices. While an 80-cent dollar might hurt imports, it helps exporters and it should keep more Canadians vacationing within our borders. Hopefully, the world will visit British Columbia this year.

But all is not well for North America’s small business owners. Local operators talk about the disturbing uneven playing field. Main Streets around the world are under attack from Wall Street. Predatory Internet bankers are funding a steady stream of online sites that steal billions from traditional small businesses in a covert way. Joseph Stiglitz, a Nobel-prize winning economist and author of The Price of Inequality sums it up this way, “There’s a growing sense that our system is rigged and unfair.”

Flash Boys author Michael Lewis says, “The United States stock market, the most iconic market in global capitalism, is rigged.” Lewis neatly describes how traders front run stock using ultra fast computers and how an unlikely hero, a Canadian banker, exposed the scam. The average Joe Investor never stood a chance against the intellectual dishonesty of Wall Street. But today’s crooked bankers have reached new levels of detestability by using software that allows them to (illegally) read Joe Investor’s incoming trades —buy the stock and then sell it back to him—all in milliseconds. Because computers do the front running — no one has been prosecuted?— yet? A Rolling Stone article by Matt Taibbi asks, Why Isn’t Wall Street in Jail? Perhaps it is because we small business owners have not noticed the difference between being stumbled over or kicked in the teeth?

To see where the business climate is heading in 2015, we look back at some important headlines (italicized and searchable) of the past year and offer positive solutions or discussion points where Okanagan Life readers — both business and consumer —might have meaningful dialogue to better protect ourselves and regain small business prosperity.

While the local tourism industry is poised for exceptional growth, many operators are lamenting the gargantuan growth of online travel sites. “We have all the expenses and they are taking all the profits,” is the comment heard most from hoteliers. Online travel websites regularly inform consumers that Okanagan hotels are sold out when, in fact, they are not. Read Are Online Travel Deal Sites Ripping You Off? and the Forbes story, Is Expedia Stealing From its Customers? British Dragons Den panelist Duncan Bannatyne has called the online anonymous reviews on these sites “despicable and cowardly.”

Discussion: always, always, deal directly with the hotel. Invariably, you’ll get a better price, better service and fewer headaches; and be very cautious about the reviews.

Small business owners are catching on that too-big-to-fail online-oligarchs like Amazon would make no money at all if they paid state or provincial tax. Starbucks, Google and Amazon Accused of ‘Immoral’ Tax Avoidance is an eye-opening article about colossal corporate profits, but they only pay two per cent federal tax? Wall Street-funded oligarchs are buying politicians to rewrite laws that are disturbingly unfair for small businesses and the global economy.

Discussion: Encourage everyone to buy local because 70 to 95 per cent of dollars spent local — stay local. Studies show that as little as 13 per cent stays local with a trans-national corporation purchase and practically nothing stays local with an Amazon purchase. Online sites use the same Wall Street-math, spin-doctors, and lobbyists to deceive, bamboozle and manipulate consumers — without adding any value to Main Street. 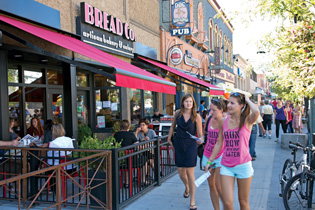 Some sites have convinced restaurants to pay substantial fees for the privilege of handing control over to a Wall Street-funded-website that may jeopardize their local customer relationships. Restaurants pay commissions to the oligarchs when most of their loyal, regular consumers would rather pay it to the restaurant directly. And preposterous is the notion that Groupon provides long-term value for a restaurant? Restaurants must discount their products and services by 50 per cent right off the bat. And then they discount the remaining 50 per cent — by 50 per cent. Go figure. Really — go figure.

Discussion: People will always need to eat and marketers must realize authentic influence comes in many forms — not just with the last click. Spend more marketing dollars improving your brand image and invest in your own website, not Facebook’s. Diners should also call the restaurant directly.

Tom Foremski’s fantastic story, Ad fraud is stealing billions from the US media industry, sums up the digital ad world bravely and beautifully. They say that as much as $18 billion a year is lost to digital advertising fraud. Foremski then asks a great question: “Why isn’t the media industry up in arms?” Traditional media should be. And if you are buying Wall Street-funded web sites, you should be too! The Say "No" to Digital Advertisingarticle likens online ad crime to more traditional forms of crime such as drug peddling and gun smuggling. “You can’t stop those advertisers who want to live in a fool’s paradise and squander their money on digital advertising,” writer Rakesh Raman suggests. “It is easier to steal ad dollars than to move drugs and weapons around.” 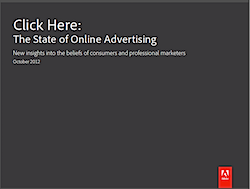 Discussion: If you are a media buyer, educate yourself. Buy local ad sites and have your marketing team research all the dangers and malfeasance going on in the online world. Adobes's The State of Online Advertising Report has exceptional science behind it. Conducted by Edelman Berland, one of the biggest research firms on the planet, the research shows that 68 per cent of US consumers find online ads annoying; 38 per cent invasive; 16 per cent creepy, and 6 per cent evil. Yet the Wall Street-spin suggests online gurus created the web in seven days and routinely walk on water.

When the Wall Street bankers finally realized that many of their cool internet platforms were simply threes dressed up as nines—they applied lipstick to the pig, and sold it as triple-A rated stock. You see, it wasn’t enough that these crooks killed the economy with toxic subprime mortgages; they had the audacity to bundle those mortgages and sell them again—this time as triple-A rated investments! And three independent rating agencies — agencies that exist to protect consumers — gave the toxic subprime stocks their triple-A rating, too. Wall Street brought out their very best liars. They’ve spent billions on PR, lobbying, marketing and advertising perpetuating the myth that digital advertising is the greatest marketing phenomenon of all time when, in fact, it is below ordinary. It might get better if they could fix the fraud, but why would they, it’s a profit centre.

Communities are the losers. We need to change that. Local business owners need you to shop local and if possible drop the Fortune 500 from your daily spend. Look for true value, experience and dedication to community. Small business owners need to understand that they are nothing like the Wall Street narcissists that only have one gear. In the words of Richard S. Fuld Jr., CEO of Lehman Brothers, “I’m going to reach down his throat and tear out his heart.” 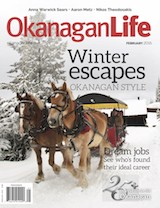