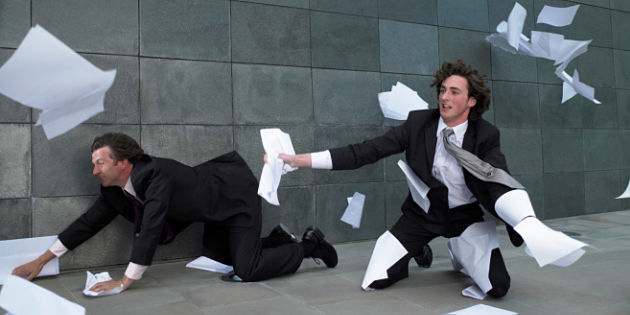 In 1930, John Maynard Keynes predicted a future so abundant with technological prowess that countries like Canada, Great Britain and the United States would achieve a 15-hour workweek by century’s end. In 1966, Time magazine echoed this scenario by publishing an article about a future with too much leisure time. The “leisure society” concept leant heavily on the notion that technology would bridge the gap between rich and poor with such finesse, we would all have to labour to find ways to fill our free time and spend our money.

The Beatles claimed it couldn’t buy love and jeered the taxman; Pink Floyd dubbed it a drag; Dire Straights got it for nothin’; Steve Miller took it and ran; The Barenaked Ladies, in a decidedly Canadian way, only craved a million; and The Notorious BIG hit the nail on the head with Mo Money Mo Problems. Well money, greenbacks, cash, scratch, dough, coin, paper, Queenies (Can) and Georges (US) have become a big problem. But the biggest problem the world faces today is money hoarding.

Picture the world’s population as 100 people. Now picture them sitting down for dinner with a 100-piece pizza pie, where one man takes 80 pieces. Fair?

Paradoxically, many of us believe that the leisure society shoulda/coulda/woulda happened because technology reached and even exceeded Keynes expectations. Together with job specialization, great economies of scale were realized, but political capture created present laws that covertly only benefitted the mega-rich. So the question is, if we have reached or exceeded that lofty technological goal, why has most of Western society, including Okanagan small business people, needed to work 50 to 80 hours a week just to survive?

Let me give you a simple view that most billionaires and politicians hate. Picture the world’s population as 100 people. Now picture them sitting down for dinner with a 100-piece pizza pie, where one man takes 80 pieces. Fair? Plutocrats continue to take those 80 pieces, and have every night for 35 years. Neither pizza nor money trickles down. Today, 35,000 people die every night from preventable starvation-related illnesses?—?because trickle down has failed us all.

In the last quarter of 2013, Statistics Canada data shows that Canada’s corporations were hoarding $626 billion in cash, a jump of six per cent over the previous quarter. This is more than the federal debt and almost a third of Canada’s gross domestic product. And that is only Canada. When you untangle the web of transnational corporate ownership you find that only 147 corporations own 60 per cent of global revenue; $120 to $150 trillion hoarded from society.

Personal wealth stats indicate that, globally, the number of billionaires increased by another 155 this year (totalling 2,325), while their wealth grew by 12 per cent to reach a record $7.3 trillion dollars — hoarded from society.

This global problem affects Okanagan small business people in devastating ways. Since we mail Okanagan Life to all Valley businesses 10 times a year, we are painfully and accurately aware that the number of small businesses has shrunk by 1,741 in the past 10 years.

The Harper Government and many Republicans in the US suggest that workers, not corporations, are the real problem. What obnoxious thinking is this?

One obvious answer is to shop local. Many studies prove that up to 71 per cent of money spent locally stays local. Only 13.6 per cent stays when you shop at a chain store; that means 86 per cent gushes out of our Valley.

Another answer is to change the way we think and feel about money. Remove the dogma that it is unpatriotic to talk about inequality, minimum (and maximum) wages, and that billionaires are job creators — they are not! They are the problem. They are cash hoarders and they are dooming free enterprise.