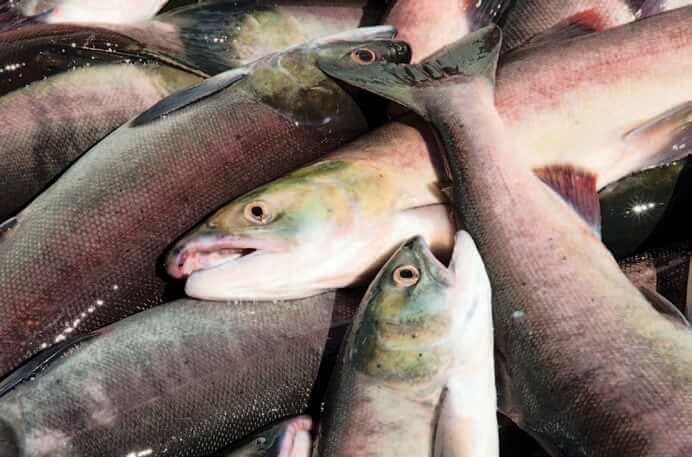 When John Cabot witnessed the Grand Banks off Newfoundland in 1497 he saw so many fish — the sheer numbers were hard to comprehend. Cabot wrote that the waters were so “swarming with fish that they could be taken using baskets let down and weighted with a stone. Fisheries boomed for 500 years, but by 1992 it ended. The Grand Banks cod fishery was decimated and the Canadian government was forced to close it entirely, putting 30,000 fishers out of work.

In 1995, fisheries scientist Daniel Pauly coined the phrase “shifting baseline syndrome.” He described it this way: “Each generation of fisheries scientist accepts as baseline the stock situation that occurred at the beginning of their careers, and uses this to evaluate changes. When the next generation starts its career, the stocks have further declined, but it is the stocks at that time that serve as a new baseline. The result obviously is a gradual shift of the baseline, a gradual accommodation of the creeping disappear- ance of resource species…” While Pauly was accurate in his diagnosis, hindsight is never 20/20 as we were taught—human stupid- ity, ignorance and greed also contributed.

The shifting baseline syndrome in US politics isn’t changing by generations. It changes monthly, propped up by a celebration of lies so outrageous 99.5 per cent of us are blinded by cognitive dissonance — the extreme feelings of discomfort when there is a discrepancy between our beliefs and behaviours.

The US presidential campaign, which dragged on for a gobsmacking 597 psychopathic-filled days, has tested the limits of society’s credulity. The New York Times points out that within this timeframe, we could have hosted 4 Mexican elections, 7 Canadian elections, 14 British elections, 14 Australian elections or 41 French elections. Elephant-sized egos in Washington are still reeling that a blue whale-sized ego out-lied the entire Republican party, defeated a Clinton and rewrote Machiavelli’s handbook in the process. Ted Cruz said it best when he described The Donald as a “pathological liar,” “utterly amoral,” and “a narcissist at a level I don’t think this country’s ever seen before.” (Could be sour grapes, com ing from the silver medalist prevaricator.)

So how did Trump do it? While that question has dumbfounded seven billion people, neuroscientists and social psychologists have the most brilliant answer, but unfortunately, most of us will find it as perplexing and disconcerting as an Orange White House. Professor Michael Woodworth from UBC Okanagan, together with thousands of the world’s great scientists, psychologists and intellectuals, agrees on this one idea that I believe should have been a world game-changer a decade ago.

We often do not make decisions (vote) based on rational reasons as we were taught to believe. We never have. Instead, humans make most of our decisions subconsciously, in the emotional brain region, just out of reach of our conscious awareness. For this reason, we are shockingly ignorant of the causes of our own behaviours.

The emotional brain will very easily be taken hostage by fear.

President-elect Trump was not only the most emotional candidate, he was also the most fear-mongering candidate. The emotional brain will very easily be taken hostage by fear (emotion) and throughout his campaign, Trump used fear to garner undeserved and disproportionate airtime and attention. As he obnoxiously repeated the lie that terrorists, rapists and drug dealers have Americans surrounded, cognitive dissonace was paralyzing voters. A Washington Post headline describes it best: “This might be the darkest theory about why Trump keeps winning: He appeals to your fear of death.”

In a perverse way, we should be thanking Donald Trump for shining the brightest light possible on the most corrupt, greedy, xenophobic, mysogynistic and deceitful country on earth. The USA and Donald Trump are two cheeks from the same arse—the baseline has hit rock bottom—they are drenched in Machiavellian bullying, lies and secrecy. He is a very sick man, a mirror image of the US political system.

You see, Donald Trump isn’t an embarrassment to the US—he is an indictment of it. 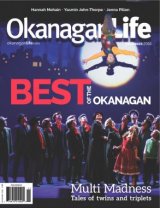 Our December issue celebrates the 2016 Best of the Okanagan award winners in the North, Central and South Okanagan. On the cover is the cast of Mary Poppins, performed this…