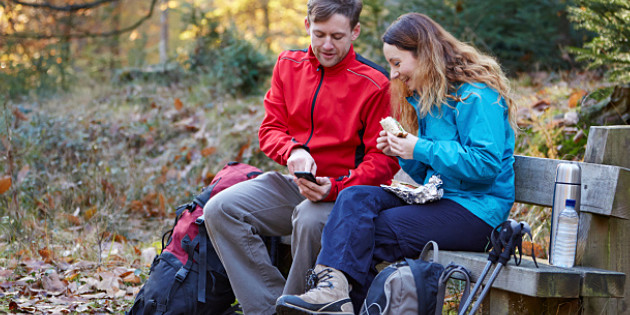 Recently, while on vacation, I tried to cultivate a state of ignorance. That’s not true, of course. I glanced occasionally at newspaper headlines and permitted myself some brief glimpses at my email. When friends came to join us at the cabin where we were staying, conversation dipped into current events and all of us learned new things about the world and each other, so “ignorance” is the wrong term.

But what I tried to do was to suspend my need to know everything, instantly. The name of the lead singer in a band I loved in my 20s, the order of the Harry Potter books, the location of the 1996 Olympic Games.

In my house, we used to call these silver spoons. This dates back to a silly, off-and-on conversation I had with my now-husband almost 15 years ago. Both of us could remember that the main character from a sitcom we’d watched as kids was Ricky Schroder and that Ricky could ride through his mansion on a real train. A few days would go by and one of us might remark that Ricky’s dad had been in the toy business or that Ricky’s friend went on to play Michael Bluth in Arrested Development, but we couldn’t dredge up the name of the sitcom itself. Later, in the show’s honour, whenever we couldn’t remember some factoid from the past, we’d call it a silver spoon.

This doesn’t happen very often in the age of smartphones; we’re no longer content with not knowing, with letting things lie buried in our memories, poised to surface at unexpected times. Try to host a dinner party and see if you can make it to dessert without someone plucking up his phone to check who played James Bond in Octopussy or the name of the street food truck in Vancouver that sells the vegetarian naan kabobs.

Scientists have studied how the internet is changing our brains, how the details or skills we used to outsource to friends and family or store in our own noggins, we now leave to Google. These days, as long as you have Wi-Fi or a cell signal, the path to knowledge is a superhighway with no exits and detours in which to pull over and get lost. I’d like to think this was freeing up some neurons for more important things, but I’m still uneasy with my hunger for instant answers—so frequently concerned, as it is, with the trifling and the banal.

So, on my holiday, I tried switching off. I lasted two days before Googling a pie crust recipe I used to know by heart and later, for no reason, the name of a restaurant I’d once been to in Spain—in case someone stopped by our semi-remote BC cabin needing advice on where to chow down in Barcelona.

The clincher for me came when I realized that one of the young kids at a neighbouring cottage was coming over daily with her iPad to sit on our mossy, fern-fringed steps to mooch off our Wi-Fi. The steps were at the back of the cabin so, seated there, she couldn’t look out over the sweep of bay, see the empty kayaks bobbing in the waves impatient for adventure. From a raft in the middle of the cove, other kids were launching themselves onto air mattresses, racing after a ball they were throwing for their dog.

We can’t do this every day, or most of us can’t—set down our phones and unplug our routers. But here, surely, was a time and place to be laying down memories, important ones, not hastening their extinction.