A confidential letter to the world’s billionaires 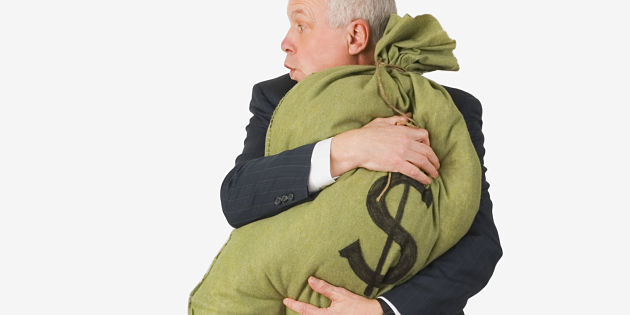 How was the Davos 2014: World Economic Forum this year? I got concerned as I read the Asia Times story This Is the Week Where the World’s Billionaires Gather in Davos and Pretend They’re Saviors of the World. The Go, Tell it on a Mountain gig seems to work every year, eh Bill? That is, until some idiot started playing, “The hills are alive—with the sound of nonsense.” (He sounded like Julie, too.) How misguided some journalists can be. Are there no checkers, no editors? He obviously Swiss-missed what you’ve told me thousands of times Bill: you have also saved the universe.

My real concern, Bill, is that we need to do something about Oxfam. I saw their report, Working for the Few: Political Capture and Economic Inequality—the bottom half of the world’s population owning the same as the richest 85 people in the world. The media spotlight is concerning. Are we being found out, Bill? We need to watch our loose cannon up here in Canada, Kevin O’Leary. This wannabe billionaire has a TV show and is blabbing on about the Oxfam report calling it “fantastic news,” saying it will encourage everyone to look up to the one per cent and want to be just like them. Sheesh, Bill, every time this guy opens his mouth we lose millions of fans to the other side.

I’m much more pleased with venture capitalist Tom Perkins and his recent unhinged Nazi rant. Not only great theatre, but he really aided our cause, saying the Occupy Movement’s protest against American’s one per cent is parallel to the Nazi German war on its one per cent, the Jews. We scored even more points when he apologized on Bloomberg News but “stood by his view” —at the same time! We bamboozled them with that one, eh Bill.

Apparently, laying claim to both sides of an argument is not only good for plutocracy; it confuses the hell out of the rest. Clearly, he has a knack for venture-capitalizing his mouth, too.

Now, what is up with this guy in Vatican City, Jorge Mario Bergoglio, who says “human rights are not only violated by terrorism, repression or assassination, but also by unfair economic structures that create huge inequalities.” Who does this guy think he is, the Pope?

The media focus seems a bit relenting and concerning. They always seem to pull a researcher here or there that will sing a song. Now Oxford psychologist Kevin Dutton is in the headlines, reporting that top executives have four times the incidence of psychopathy as the general population. On the top of the list are CEOs, followed by lawyers and media (TV/radio). The shoe fits because? Apparently, Nestlé’s CEO is seeking to control the world’s water supply. Dr. Evil was funny—this isn’t. What’s next, the air?

How much money do you really need?

On the home front, things seem to be going fine, Bill. Everyone here in the Okanagan knows and understands our place in the world’s pecking order: work two jobs, play with the kids for an hour on Sundays, invest heavily with Wall Street casinos—er, I mean bankers, buy 90-cent jeans at Walmart for $22 and believe everything the seven Internet monopolies say, especially this classic: “Everybody is always online.”

It’s that last one that concerns me Bill, especially for the business owners. Facebook just got busted for selling bogus “likes” but that’s okay because Google has patented fake clicks. Adweek reports that Internet advertising is dangerous, unregulated and crawling with bots, scammers and questionable traffic. They call it the “World Wide Rip-off” for a reason, Bill. Business people don’t seem to give a damn, even when it is “they” who are getting shafted. Why is that Bill?

Fortunately, our 1970s  “political capture” managed to drill holes in 99 per cent of the boats—they never floated. In fact, they have sunk deeper in the muck while we’ve continued to ride the Plutocratic Wave.

We’re not always dealing with the sharpest tools in the shed. Most people don’t even realize how many millions there are in a billion. As most have never had to count that high, they cannot comprehend how much money you actually have, Bill. But riddle me this: Forbes magazine counts 1,426 billionaires worldwide, with an aggregate net worth of $5.4 trillion. The report on Zero Hedge.com lists 2,170 billionaires controlling $33 trillion in net worth.

Is this a new form of math, Bill? It looks, feels and smells like 6 cups internet math, with 5 cups Enron math, gently sautéed in a Davos-Bull Market demi-glaze, with fraud gras gizzards. In other words, who’s cooking the books? There is a hefty difference between $5.4 trillion and $33 trillion. I know I’m just a lowly magazine publisher, but my readers in the Okanagan Valley want answers Bill. Why are we missing 744 plutocrats and $27.6 trillion dollars? I’ll put their pictures on Okanagan milk cartons and buy likes on Facebook. We’ll find ’em, Bill.

Wait just one plutocratic-minute Bill. This isn’t adding up for me. You say billionaires are the world’s greatest job creators, but the first thing we do when we move into a community is cut jobs. You say we are good for the economy, but 33 years of reckless Reaganomics has seen practically all of the (huge) wealth created going exclusively to only a few. We’re claiming to help the poorest, most oppressed people on the planet, but 25,000 people (mostly children) die every night from malnutrition and lack of clean water.

I can say Bill, I feel like I’m having a change of heart, especially when I hear about one of our own, billionaire Chuck Feeney, giving his entire fortune away to the people who need it the most. He calls his plan giving while living. Perhaps his is the greatest story of them all?

Before I sign off, there is one question I have to ask you, Bill.

How much money do you really need?