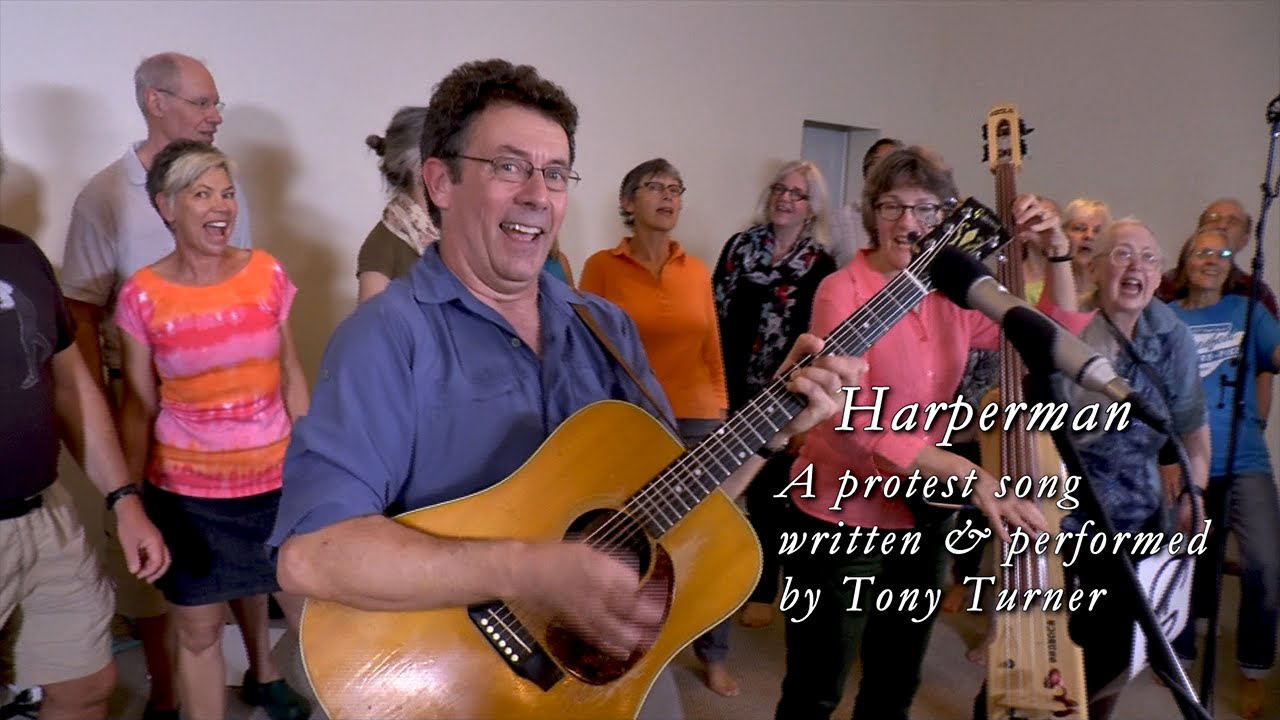 If Stephen were a song, Anyone But Harper would top the charts because practically everyone is singing. Call it a metamorphosis or dot-connecting or a new level of consciousness. Whatever you call
it, Canadians coast to coast are rallying behind an imaginative movement to kick Stephen Harper out as prime minister.

Many are calling him the worst PM in Canadian history. There is even a website aptly named anyonebutharper.com which opens with, “If you have found yourself here, you know what this page is about.”

Canada is a country built by men in denim who possessed monumental dreams. Today, men in suits with overwhelming greed are destroying it.

Perhaps Harper’s most sinister deed is his new anti-terrorism legislation, Bill C-51, which will criminalize free speech, allow the government to hold citizens without legal representation and
would permit government agencies to spy on anybody, anytime, anywhere.

Canadians are beginning to find out what Stephen Harper is all about because a smokescreen of deceit has been around for 30 years. Trickle down economics is pure fiction. Thirty-five years of that insidious lie has killed the middle class. The neo-conservative, too big to fail corporations love Stephen and that is the crux of our Canadian problem, isn’t it? When Wall Street loves your prime minister more than you do, maybe its time for a new prime minister?

Today, many medium and small business owners struggle just to survive because the economy is cash-starved and tanking because trans-national, monopolistic corporations have stolen or embezzled tens of trillions of dollars from the Canadian and world economies.

Do Okanagan voters realize that Mr. Harper does not care about us? Federal scientist Tony Turner wrote
Harperman, a Protest Song in June and posted it on YouTube. In predictable Conservative fashion, Harper tried to muzzle the musician-scientist by putting him on leave and having him investigated. (See CBC: Federal scientist put on leave over Harperman protest song ) This has back fired because at time of writing, Harperman, a Protest Song is going viral with over 600,000 views. This begs the question: what if Bill C-51 had already been passed and someone — anyone — labelled Tony Turner a terrorist?

Desperate times call for desperate measures, so I am adding my voice, my influence as publisher and editor of Okanagan Life magazine and my democratic vote to oust Stephen Harper. I join millions of Canadians who understand this — and millions more who are realizing that Stephen Harper has to go.
Warm, caring and friendly Canadians must put a stop to his catastrophe in progress. Canada is a country built by men in denim who possessed monumental dreams. Today, men in suits with overwhelming greed are destroying it.